Pakistan is a country situated in South Asia and is predominantly occupied by an Indo-Iranian speaking population. The country is bordered to the west by Iran, to the north by Afghanistan, to the southeast and east by India, to the northeast by China, and by the Arabian Sea to the south. The nation has deep cultural and historical ties with its neighboring countries of Afghanistan, Iran, and India. The nation has been struggling over the years to establish political stability in the entire country and ensure sustained social development. Karachi is located in the south of the country on the Arabian Sea coast and is the largest city. Islamabad is the nation's capital and is located in the Himalayan foothills. Pakistani has 4 provinces which include Punjabi, Balochistan, Sindh, and Khyber Pakhtunkhwa. 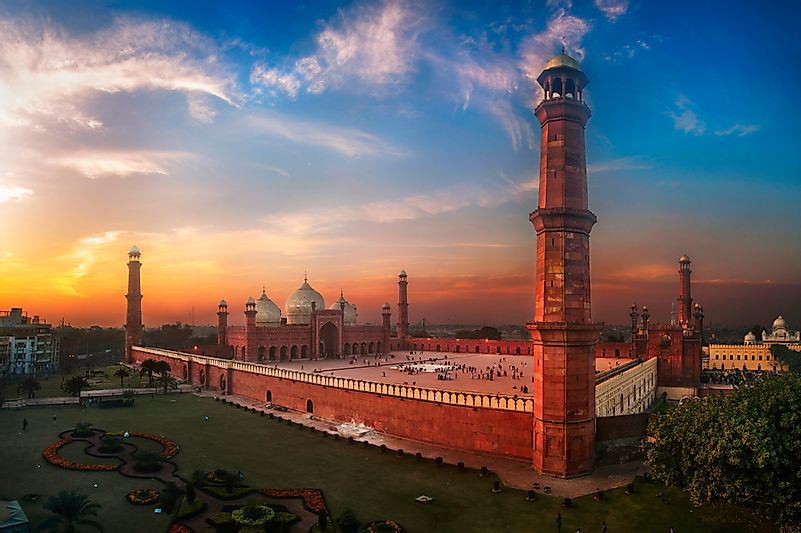 Punjab province is located in the eastern part of Pakistan and is bordered to the south by Sindh province, to the west by Khyber Pakhtunkhwa, and Balochistan, by Islamabad and Azad Kashmir to the north, by the Indian states of Jammu and Kashmir and Punjab to the northeast and Rajasthan to the east. Lahore is the provincial capital. The term Punjab means “five rivers” in reference to the Beas, Jhelum, Ravi, Chenab, and Sutlej rivers that drain the area. The province of Punjab occupies an area of 79,284 square miles making it the second largest province behind Balochistan and is home to a population of about 91,370,615 people (2011 est.) 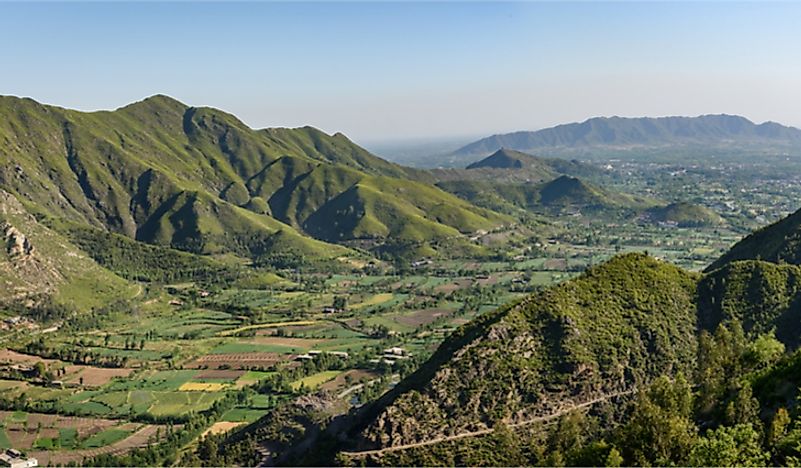 The Khyber Pakhtunkhwa, which was previously referred to as the Northwest Frontier Province, is bordered by Azad Kashmir to the northeast and east, to the west and north by Afghanistan, to the southwest by Balochistan, and to the southeast by Punjab. Areas on the western border with Afghanistan are tribal areas administered by the federal government. The provincial capital is Peshawar. The province occupies an area of about 28,773 square miles and is home to a population of about 21,392,000 (2006 est.) 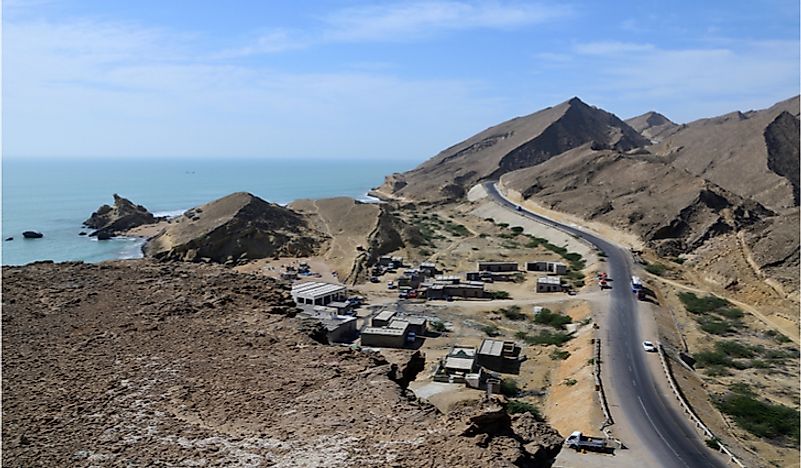 The province of Sindh, which is located in the southeastern part of the country, is bordered to the northeast by Punjab, to the north and west by Balochistan, to the south by the Arabian Sea, and to the east by the Indian states of Gujarat and Rajasthan. Karachi is the provincial capital. The province occupies an area of about 54,407 square miles and is home to a population of about 35,864,000 (2006 est.) 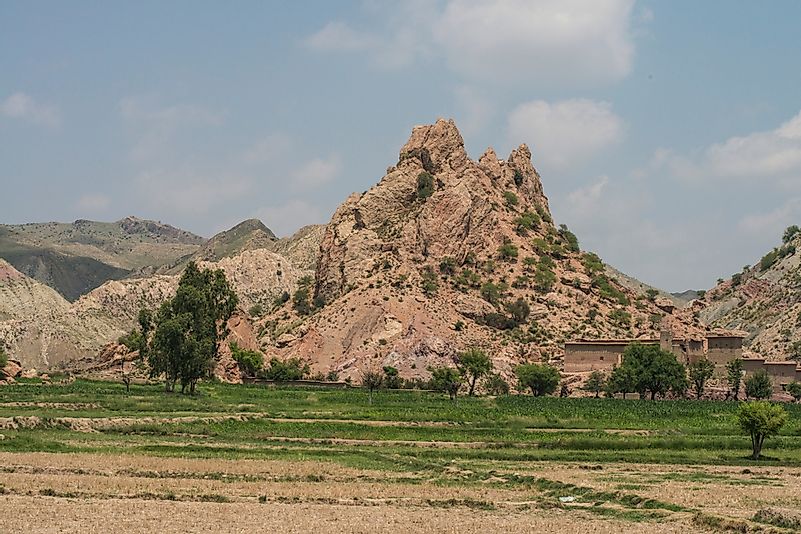 The province of Balochistan is located on the western part of the country and is bordered by Sindh to the southeast, by Punjab to the east, by Khyber Pakhtunkhwa to the northeast, and the south by the Arabian Sea. The provincial capital is Quetta. It occupies an area of about 134,051 square miles and is home to a population of about 7,450,000 (2003 est.)

This page was last updated on July 30, 2019.
By Benjamin Elisha Sawe