New Hampshire is positioned in both the northern and western hemispheres.

As a part of North America and located in the northeastern region of the United States (one often referred to as New England), New Hampshire is bordered by the states of Maine, Massachusetts, Vermont, the Atlantic Ocean, and the Canadian province of Quebec. 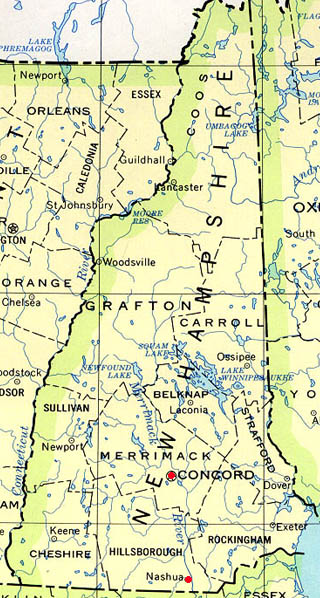