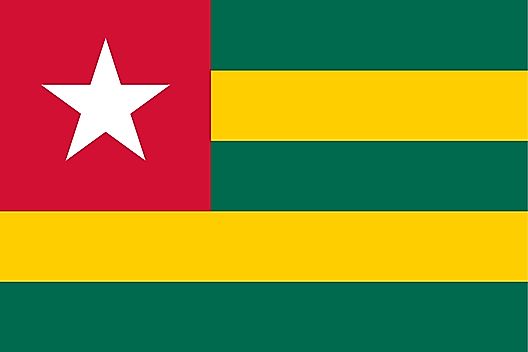 Officially the Togolese Republic, this country in western Africa has little written history before the late 15th century. 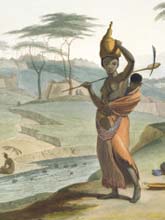 Tribes settled along the coast in the pre-colonial era, and by the 15th century the Portuguese arrived and built forts in the neighboring countries of Ghana and Benin. Due to the lack of natural harbors, the region of Togo was overlooked.

In the 16th century the slave trade began in this part of Africa, and for the next two hundred years this coastal region was a major trading center for Europeans in search of slaves.

Subsequently, Togo and the surrounding region was referred to as the "Slave Coast," and that terrible stigma remains to this day.

In 1905, Toga became the German colony of Togoland, but after Germany was defeated during World War I, British and French factions soon administered this land.

Togo became an autonomous republic within the French Union in 1959, then a year later, French Togoland achieved independence from France. 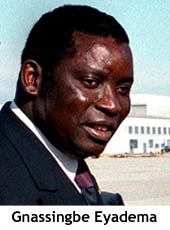 In 1967, following a successful military coup, Gnassingbe Eyadema was named president, and he continued his command well into the 21st century.

At the time of his death in 2005, after serving as president for 38 years, Eyadema became the longest-serving leader in modern African history. Shortly thereafter, his son Faure Gnassingbe was elected president.

Gnassingbé's succession was challenged by a popular protest and by threat of sanctions from regional leaders. Subsequently, Gnassingbé succumbed to pressure and in April 2005, held elections that legitimized his succession. He has since been reelected.

Togo's economy is based primarily on commercial and subsistence agriculture, providing employment for 65% of the work force. Cotton, coffee and cocoa together generate about 40% of export earnings.

Its former and most prosperous industry, phosphate mining, has virtually collapsed, due to the fall of the world's phosphate prices, financial problems and foreign competition.