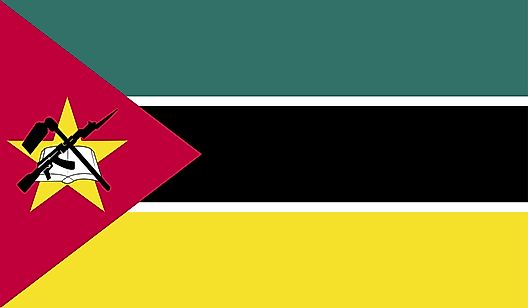 To the north of the Zambezi river, a narrow coastline and bordering plateau slope upward into hills and a series of rugged highlands punctuated by scattered mountains.

South of the Zambezi River, the lowlands are much wider with scattered hills and mountains along its borders with South Africa, Swaziland and Zambia.

The country is drained by several significant rivers, with the Zambezi being the largest and most important.

The Zambezi is in fact the fourth-longest river in Africa, and the largest flowing into the Indian Ocean from Africa.