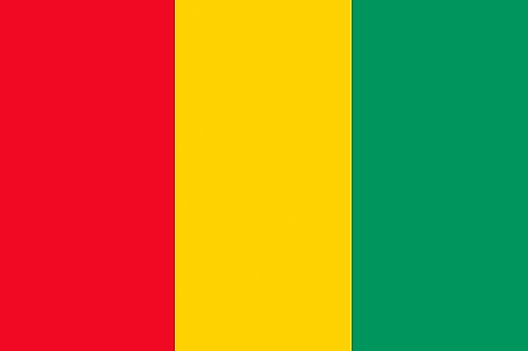 Guinea, (formerly known as French Guinea) is today one of Africa's poorest countries. It's sometimes called Guinea-Conakry to distinguish it from its nearby neighbor Guinea-Bissau.

Guinea belonged to a series of empires until France colonized it in the 1890s, and subsequently made it part of French West Africa.

Slave trade flourished with the arrival of the Europeans, and political instability prevailed as the French struggled to control their colonies within the Guinean region.

Guinea finally declared its independence from France on October 2, 1958, and since that independence Guinea has had only three autocratic presidents. 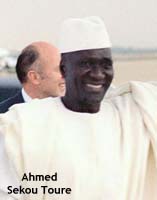 Ahmed Sekou Toure was elected first president, due in part to his leadership during the fight for freedom against France, and adopted socialistic policies - aligning the country with the Soviet Union.

Plots and conspiracies against Toure flared as his government imprisoned and exiled hundreds of opposition forces.

In 1984, Lansana Conte came to power after a military coup seized the government following the death of Toure. Guinea did not hold democratic elections until 1993 when General Conte (head of the military) was elected president of the civilian government.

Conte completely flipped the government, turning away from socialism, and had 250 political prisoners released, with an additional 200,000 citizens returning from exile.

Unrest in Sierra Leone and Liberia has spilled over into Guinea on several occasions over the past decade, threatening stability and creating humanitarian emergencies. In 2006, declining economic conditions prompted two massive strikes that sparked urban unrest in many Guinean cities.

On December 23, 2008, Lansana Conte passed away, and Moussa Dadis Camara seized control of Guinea. The following year, he ordered soldiers to attack any protest attempt against his endeavor to become president, which ultimately sparked a spree of mutilation and murder. 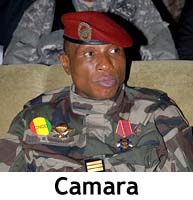 Camara was shot during a dispute in December 2009, and during his medical care, Vice President Sekouba Konate assumed control.

Elections were held in June and July of 2010, and Alpha Conde was declared the official winner.

Under French rule, Guinea was a major exporter of coffee, bananas, pineapples and peanuts, however recent autocratic rulers have all but destroyed that economic engine.

Guinea also has 25% of the world's known bauxite reserves, as well as diamonds and gold, but war and political unrest have curtailed those industries as well.