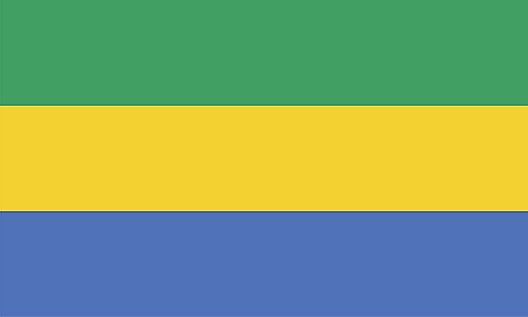 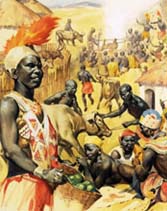 Inhabited first by the Pygmy people, Gabon was then occupied by the Bantu tribes prior to being settled by the Europeans (Portuguese) in the 15th century.

The Gabon coast grew into a center for the slave trade, bringing Dutch, English and French traders to the region.

Gabon was one of the four territories of French Equatorial Africa from 1910 to 1959, until the territories became independent on August 17, 1960.

Since its independence Gabon has been ruled by three presidents.

Léon M'ba became the first president in 1961, and during his presidency other political parties were gradually excluded from power; the Constitution was changed to vest power in the Presidency, press was censored, political demonstrates were banned and freedom of expression was greatly curtailed.

An army coup in January of 1964, threatened to oust M'ba from power. However, the French interests were still strong and French paratroopers were flown in to quell the rebellion. Within a few days of fighting, the coup was over and M'ba's powers were restored.

After M'ba's death in 1967, El Hadj Omar Bongo Ondimba became president, and he put Gabon firmly on the map as an important future ecotourism destination by designating more than 11% of the nation's territory to be part of its national park system (with 13 parks in total), one of the largest proportions of nature parkland in the world.

Ondimba served as president until his death in June, 2009, and two months later the first ever election in Gabon's history without Omar Bongo as candidate were held.

Abundant natural resources (namely oil) and considerable foreign support have helped make Gabon one of the more prosperous and stable African countries. In fact, Gabon has a per capital income of nearly four times the average for most of sub-Saharan Africa.

The tourism industry of Gabon is widely underdeveloped, and has only begun to be properly developed by the government. Despite this, tourists flock from all over to enjoy the beaches and inland fishing, some of the 13 national parks within the country, the Ogooue River falls, and the Crystal Mountains.