For the most part Denmark consists of flat lands with very little elevation, except for the hilly central area on the Jutland Peninsula.

Denmark's lowest point is Lammefjord, at 7 meters below sea level. The coastline is indented by many fjords, with LimFjord (in the north) the largest.

In addition to the Jutland Peninsula, the country includes over 440 named islands; Zealand is the largest, followed by Funen, Lolland, Falster and Bornholm, an island located in the Baltic Sea to the east of Zealand.

The country is drained by a dozen or so rivers, and the most significant include the Guden, Odense, Skjern, Stora, Susa and Vida - a river that flows along its southern border with Germany. 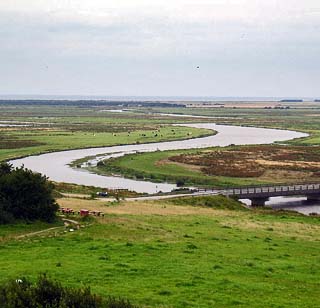