Susan LaFlesche Picotte was the first Native American to obtain a medical degree. Raised on the Omaha Reservation in Nebraska, LaFlesche, who could not vote or call herself a citizen, graduated from medical school in 1889. She is remembered for her social campaigns that fought for the rights and recognition of Native Americans, as well as her work as a physician.

Susan LaFlesche Picotte was born in 1865 on the Omaha Reservation in Nebraska to Joseph “Iron Eye” LaFlesche, the last recognized Omaha chief, and Mary “One Woman” Gale. She spent most of her childhood in a wooden-frame home. However, because she was born during the summer buffalo hunt, her first home was a tipi covered with animal hide.

LaFlesche’s parents were biracial and spoke multiple languages. Her father spoke French, Ponca, and Omaha. Her mother understood English and French but insisted on speaking only Omaha.

LaFlesche spoke Omaha with her parents and English with her three older sisters and numerous half-siblings. Her family chose to send her to the reservation mission school starting at age three. Mission schools used Christianity and English, often forcibly, to assimilate and “civilize” Indigenous students. 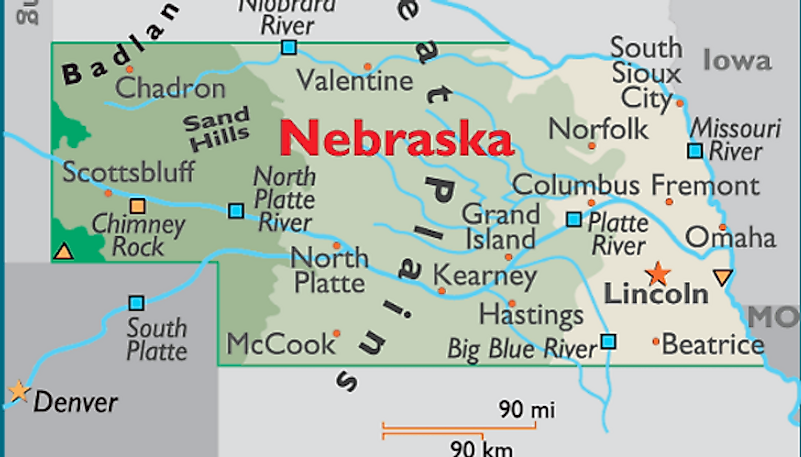 At the age of eight, LaFlesche had an experience that sparked her desire to become a physician who could bridge white and Omaha worlds. While taking care of a very sick Omaha woman, she sent four urgent requests for the white reservation doctor. He never arrived. LaFlesche could do little more than sit by the sick woman’s side and watch her die. For LaFlesche the death was the result of white bias against Native Americans, saying: “It was only an Indian, and it did [not] matter.”

Chief Joseph LaFlesche believed that selective assimilation could help the Omaha people survive by legitimizing them in the eyes of white people. He encouraged his children to speak English, seek higher education, and adopt Christianity. Some on the reservation opposed Joseph LaFlesche’s approach and called the neighborhood he founded, with its wooden houses and individual farm plots, "The Village of Make-Believe White Men".

Susette “Bright Eyes” LaFlesche, the oldest sister of Susan LaFlesche Picotte, graduated in 1875 from New Jersey’s Elizabeth Institute for Young Ladies, where she was the only Native American to graduate that year. She returned home to teach on the Omaha reservation but was initially denied a job by the Indian Commissioner.

However, then Bright Eyes learned that the regulations of mission schools gave Native American teachers preference over non-Native teachers. She became the first Native teacher on the Omaha Reservation

LaFlesche followed in her oldest sister’s footsteps and studied at the Elizabeth Institute for Young Ladies. After two and a half years, she returned home where she nursed white ethnologist Alice Cunningham Fletcher through a lengthy illness. LaFlesche’s talent and conscientious care impressed Fletcher, who encouraged her to study to be a doctor.

In 1882, Fletcher helped LaFlesche get financial support from the Smith College Missionary Society to study at Hampton Normal and Agricultural Institute, a school originally founded to educate enslaved Americans, where she graduated second in her class and won the Demorest Prize for academic achievement.

LaFlesche’s graduation speech reflected her desire to be an emissary between white and Native American cultures. She thanked school administrators “for what you do for our races through us.” Recognizing her position of privilege, she wanted her benefactors and the school to see her and all Omaha people as worthy of higher education.

In contrast to her time at Hampton, LaFlesche was now surrounded by white students. She changed her dress and began wearing her hair in a bun. Though she excelled in school and enjoyed her new friends and experiences, she was aware of her heritage and of the perceptions and stares of others. She joked in a letter to her sister Rosalie that she used a knife, but not for scalping.

Nonetheless, she graduated as the valedictorian in 1889. She was the first Native American to earn a medical degree. She immediately went on a speaking tour for the Connecticut Indian Association to demonstrate that Indigenous people could be civilized by white culture. The association would continue to support the new doctor financially at the beginning of her career.

LaFlesche turned down lucrative offers and chose to return to the Omaha Reservation as the physician at the government boarding school. She would end up serving all 1200 Omaha people. As a female Omaha doctor, the community called on her in ways they had never called on white male doctors.

“Dr. Sue” worked long hours and often traveled by horse and buggy over a territory that stretched 30 by 45 miles to see patients unable to journey. In 1893, she resigned due to debilitating neck and ear pain and to care for her ailing mother.

In 1894, LaFlesche married Henry Picotte. They had two sons, Caryl and Pierre. Four years later, she started a private medical practice for white and Omaha patients, sometimes bringing her sons to work.

Dr. Susan LaFlesche Picotte died of bone cancer in 1915. Despite undergoing surgery for bone deformations that caused deafness and pain, "Dr. Sue" continued to serve her community until the time of her death in 1915. Her promotion of white culture over Omaha culture made her a complicated figure, but at the end of her life, she was effectively the chief of the Omaha people. A tribute to Susan LaFlesche Picotte in The Walthill Times claimed she had treated or helped nearly every single Omaha person alive. In 2017, Dr. LaFlesche was honored in a Google Doodle.

Hundreds of people attended the funeral held in her yard. Three ministers officiated the ceremony and gave eulogies. The final words, however, were spoken by an Omaha elder: a prayer in her native Omaha language.