Sports That Used to Be Part of The Summer Olympics

With many well-known sports having been added to the Olympic roster over the decades (think basketball, skateboarding or karate), the list of events no longer contested at the Summer Olympics contains somewhat more obscure entries.

While it is certainly likely that a few of the challenges originally included in the ancient Olympic games (pankration, anyone?) have not been heard from since, the modern version of the games, begun in 1896, has seen its fair share of competitions fall by the wayside. Whether their absence is due to a drop in general popularity or for more mysterious reasons, we present to you now some notable sports no longer included in the Summer Games.

Any frequenter of Sunday picnics might be shocked to learn that this beloved contest was once included in the illustrious Games of the Olympiad. Its origins are lost to the mists of time, but Tug-of-War has been played since antiquity, even recorded in the Tang dynasty as a game of “hook pulling.” Known as “helkustinda” (or “I pull through”) in ancient Greece, it has enjoyed popularity in Cambodia, India, and ancient Egypt. Introduced at the Olympic games in Paris in 1900, Great Britain collected a record 5 medals in the event (including one by the 1908 City of London Police squad) before it was retired in 1924. 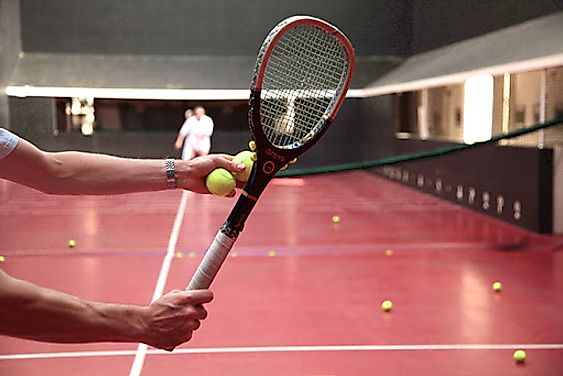 If you were looking for all-time records of Olympic Jeu-de-Paume, you need look no further than the London games of 1908, the only in which this intriguing event was featured. Players from just two countries participated, with the American Jay Gould II besting his British counterparts Eustace Miles and the Hon. Neville Bulwer-Lytton in the medal standings. Jeu-de-Paume is a kind of “court tennis” that was exquisitely detailed in 18th century France and is said to be an important precursor to modern tennis.

Another one-time-only event, this American cousin of croquet is found in the Olympic history books listed under St Louis, 1904. Known, perhaps overzealously, as the “game of the 20th century” by its more fervent admirers, Roque replaced croquet in the first Summer Olympics played outside of Europe. And so, it was perhaps fitting that the Americans, led by Charles Jacobus of Seneca NY, secured gold, silver, and bronze in the competition.

This so-called “Sport of Kings” has a longer Olympic record than any of our previous entries, lasting from its introduction at the 1900 Paris games until the renowned 1936 games in Berlin. Currently classified as a “recognized” Olympic sport, Polo was essentially a casualty of WWII, its international popularity declining after the 1936 games. But unlike Tug-of-War, Jeu-de-Paume or Roque, it is enjoying a resurgence, counting over 60 nations in its international federation. Perhaps an appearance in an upcoming Games is in the cards.

When the Games of the XXXII Olympiad convene at Tokyo in 2020, televisions across the world will be tuned-in to the 100-yard dash and the triathlon. Perhaps, if we squint very hard, we might glimpse the ghosts of Olympics past striving for sport immortality.

Sports That Are No Longer Part Of The Summer Olympics

Sports That Are No Longer Part Of The Summer Olympics