The Kingdom of Jordan is an Arab country at the crossroads of Europe, Africa, and Asia. It is located on the East Bank of the River Jordan. The capital and largest city is Amman. Jordan is relatively small, with an area of about 34,495 sq mi and a population of 10 million. Sunni Islam is the dominant religion practiced by over 95% of the population, although it coexists peacefully with the minority Christian community. Jordan has proved to be an oasis of stability in a region marred by political violence and terrorism. About 1.4 million Syrians and 2.1 million Palestinians live in Jordan as refugees. The country attracts visitors and medical tourists due to its numerous attractions and developed public health sector. Nonetheless, it is a secluded country that does not attract much attention from the West or East and prefers a low global profile. The following are some interesting facts about Jordan. 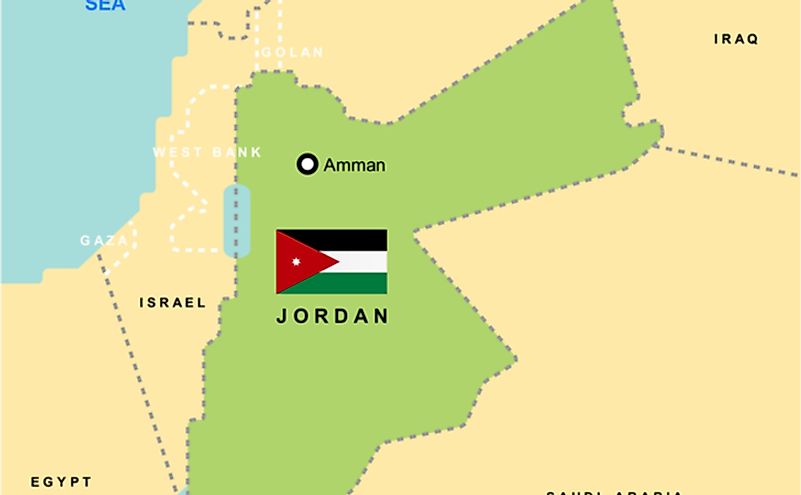 Jordan was a British Protectorate until it gained independence on May 25, 1946, as the Hashemite Kingdom of Transjordan. After the First World War, France and Britain partitioned the Middle East, which had existed as part of the Ottoman Empire for four centuries. The colonists tried not to break up ethnic communities and identities, and Jordan ended up with arrow-straight borders along its northern frontier with Syria. At a glance, the boundaries look like they have been drawn using a ruler and a pen.

Jordan Has Many Neighbors

Jordan is located in Western Asia at the boundary of Asia, Africa, and Europe. During the partition of the Ottoman Empire, much emphasis was placed on ethnic and cultural identities resulting in many countries. It borders Syria to the North, Iraq to the east, Israel and the West Bank to the west, Saudi Arabia to the south. Egypt’s Sinai Peninsula is also visible along the coast of the Red Sea.

Jordan Has The Shortest Coastline Along The Red Sea

Jordan's coastline along the Red Sea is the shortest of any country surrounding the sea. Jordan is almost landlocked. The 26- mile coastline is minuscule compared to Eritrea’s 1,388 miles, Saudi Arabia’s 1,118 miles, Egypt’s 932 miles, Sudan’s 530 miles, Yemen’s 435 miles and Djibouti’s 43 miles. Half of the coastline was negotiated from Saudi Arabia in 1965 in exchange for a chunk of Jordan’s desert territory. 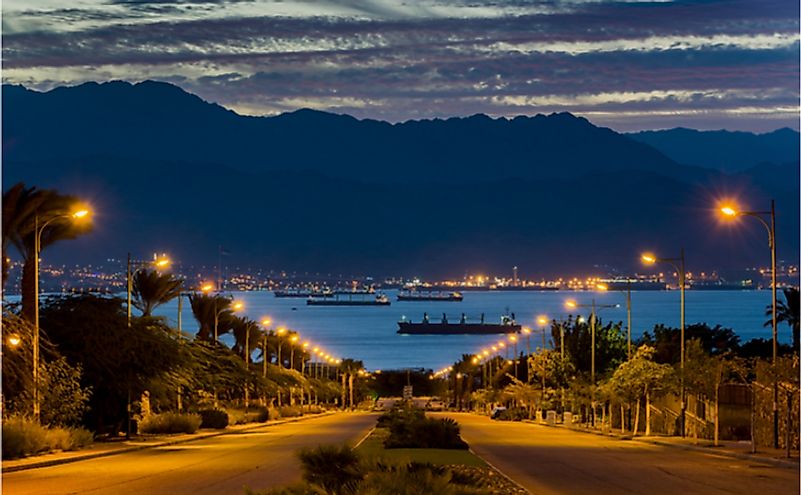 Despite the short coastline, Jordan is one of the most sought-after coastal destinations in the Middle and Near East. The country has managed to transform 26 miles into a commercial port and still leave enough for recreation. The coastal city of Aqaba attracts thousands of tourists annually and has outshone Egyptian seaside resorts. Due to the country’s stability and efforts against terrorism, you can fly directly to Jordan from many destinations in the West and East. Jordan also has shoreline on the Dead Sea and numerous resorts along it. 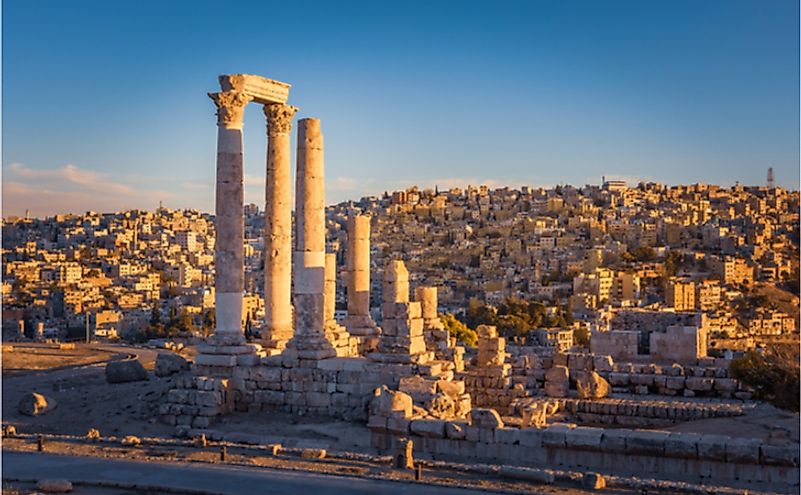 The capital city Amman is one of the earliest urban settlements. Archaeologists suggest that the location occupied by the city was settled before the 13th century BC. The city is so old that it was featured in the Bible as Rabbath Ammon. The Temple of Hercules constructed in the 8th century AD is located at the hilly outskirts of the city, while Jordan Museum preserves the Ayn Ghazal Statues that date back to 7500 BC.

In addition to the capital city Amman, Jordan host other ancient sites that were of great importance during biblical times. The River Jordan is where John the Baptist baptized Jesus Christ. Mount Nebo is mentioned in the Hebrew Bible as the location where Moses viewed the Promised Land and died. On the awful side, it is also the site of the sinful towns of Sodom and Gomorrah as per ancient beliefs.

Safer Than Most Countries Surrounding It

Jordan is located in a politically unstable region, but the country has managed to remain at peace as civil wars and terrorism run riot in neighboring countries. It was unscarred during the Arab Spring and has managed to deter terrorists from its borders. It is a popular destination for Western tourists who feel much safer than in other countries.

National Flag Of Jordan Reminds Of The Country's History 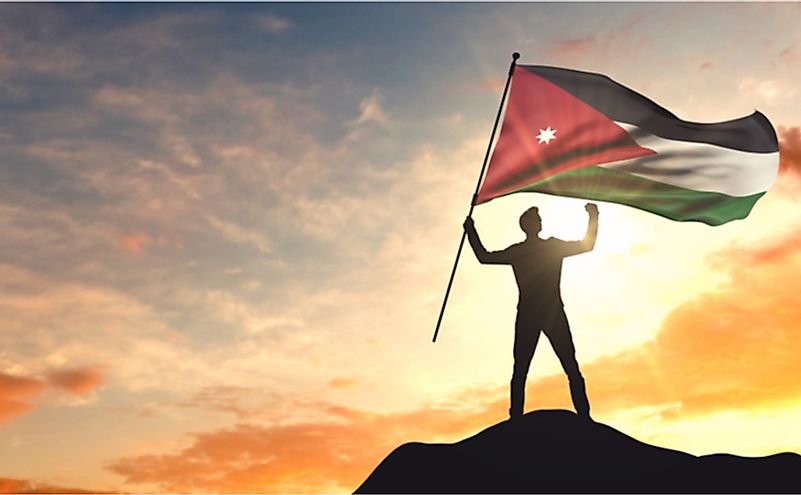 Jordan is one of the only two Arab countries to strike a peace deal with Jordan, the other being Egypt. The two countries agreed to a peace Treaty in 1994, officially ending a 46-year-old conflict. In 1967 Jordan joined other Arab countries including Egypt, Lebanon, Iraq, and Syria in the Six-Day War against Israel.

The Famous Ancient City of Petra Is In Jordan 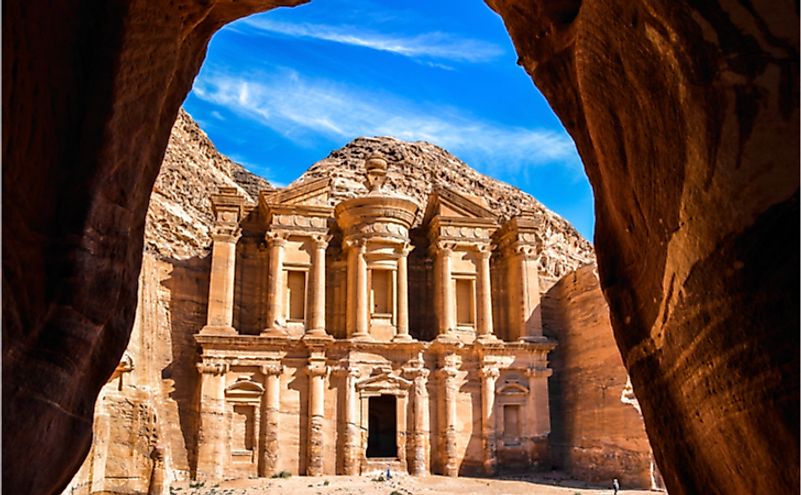 Petra (Rose City) is located in Jordan. It is popular for its unique architecture carved into rocks. Petra was designated a UNESCO World Heritage Site in 1985 and is listed as one of the new seven wonders of the world.

This page was last updated on October 17, 2019.
By Victor Kiprop