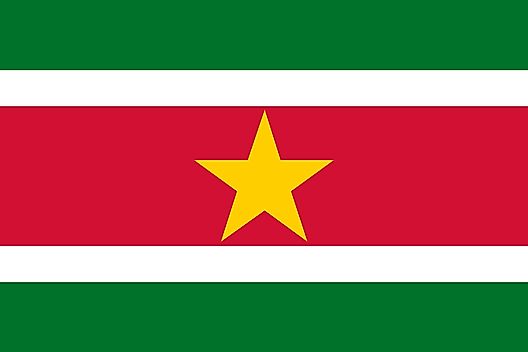 Suriname can be divided into two main geographic regions; the coastal lowlands of the north, and the tropical rainforests and savanna of the west and south.

A few small mountain ranges disect the fertile land, with the De Hann and Van Asch Van Wijck the most significant.

Suriname is home to the WJ van Bloomenstein Lake, one of the largest reservoir lakes on the planet; created by a river dam, it provides hydro power for many of the country's industries.

Almost 14% of Suriname is allocated to a series of National Parks (NP) and Nature Reserves (NR).