The coastline of Massachusetts and its offshore islands are remnants of the last Ice Age. That jagged, and rockbound Atlantic Ocean coastline is a mixture of bays, inlets, sandy beaches, odd-shaped islands - all ending in granite cliffs in the far north.

The Cape Cod National Seashore is a constantly shifting mass of dunes, battered relentlessly by the currents of the Atlantic Ocean.

In the far west, the Appalachian Mountains stretch across the state on into Vermont and New Hampshire. The Berkshire Hills and Taconic Mountain Range are the major features. Mt. Greylock, at 3,487 ft., is the state's highest point.

There are over 4,000 miles of rivers within Massachusetts. Major rivers include the Connecticut, (the longest river in New England) the Merrimack in the northeast corner, and the Housatonic in the far west.

More than 1,000 small lakes and ponds are found within the state, with the largest being the Quabbin Reservoir (27,794 acres).

For a closer look at the topography of Massachusetts, view this topographic map 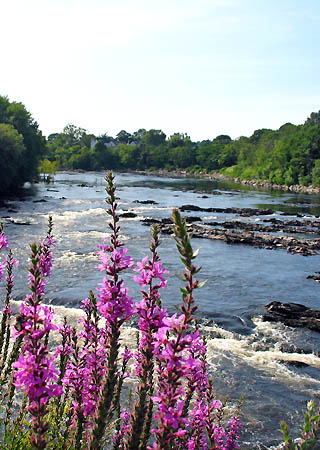