The City of Colorado Springs sits at the base of the Rocky Mountains' magnificent Pike's Peak, surrounded by the red rock monuments of the Garden of the Gods.

The town was founded in 1871 by General William Jackson Palmer who envisioned a resort destination for this Rockies community. The temperate, dry weather in Colorado Springs made this a popular destination for health spas and sanitariums. In the 1890's the Colorado gold and silver rushes brought a stream of ambitious settlers to the area and Colorado Springs soon became the top mining exchange center in the world. By 1904, the 'city of millionaires' was home to 35 out of the nation's 100 millionaires, made rich by the Colorado Gold Rush. 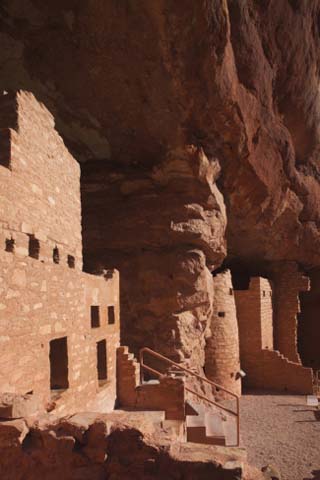 Manitou Cliff...
by Walter Bibikow
Buy This at Allposters.com 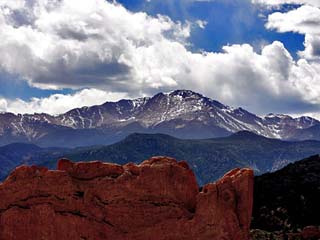 Pikes Peak...
Buy This at Allposters.com