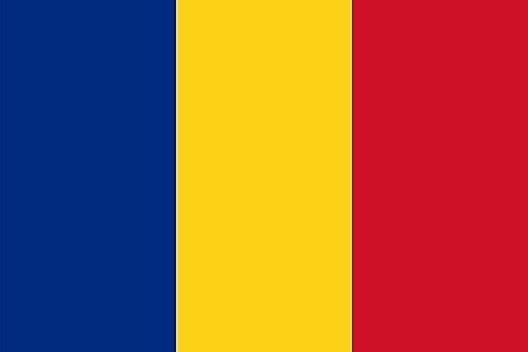 As for mountains, the medium-sized Carpathian's extend through the center of the country in a wide arc, and they are the source of several rivers.

The Transylvanian Alps, a range of the Carpathian's, divide central and southern Romania. The country's highest point, Mt. Moldoveanu, is located there. It stands at 2,544 m (8,346 ft)

Beyond the Carpathian foothills, the land slopes down into rolling hills and plains. The low-lying Romanian Plain, to the south of Craiova, extends east to the Black Sea.

The country's lowest land is found along the Danube Delta, an area of marshes, floating reed islands, and sandbanks.

The Danube River travels some 1,075 km through or along Romanian territory, forming much of the southern borders with Serbia and Bulgaria.

The Danube itself is Europe's second longest river after the Volga. It rises in the Black Forest in Germany, then flows southeastward for a distance of some 2850 km (1771 miles).

Other rivers of note include the Arges, Dambovita, Ialomita, Jiu, Mures, Olt, Prut, Siret and Somes.

Numerous small lakes crisscross the country, some are of the mountain glacial variety. There are also a dozen, or so, reservoirs of size. 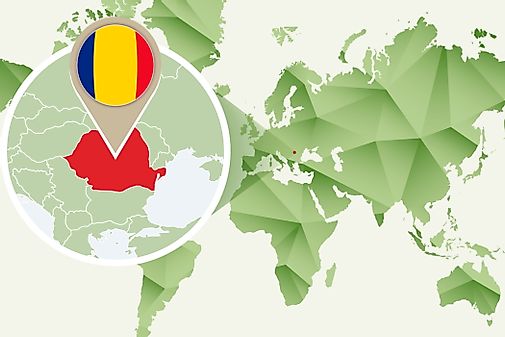