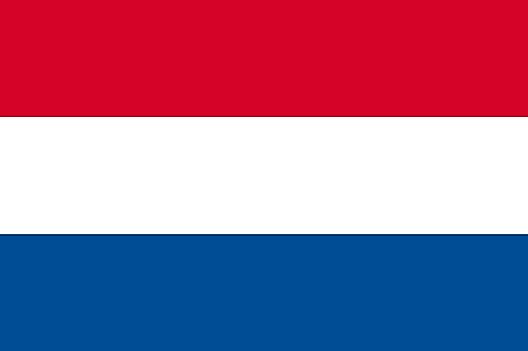 The Netherlands is a very flat country with almost 25% of its land at, or below sea level.

Low rolling hills cover some of the central area, and in the far south, the land rises into the foothills of the Ardennes Mountains. Vaalserberg, the country's highest point is located there, rising to 322 m (1,053 ft).

Over many centuries severe floods devastated the Netherlands, killing tens of thousands. Determined to save their homeland and reclaim it from the sea, the Dutch used countless windmills to pump water out of low-lying areas. They constructed man-made hills (polders), raising the level of farms and villages. In the early 1930's the damming off the sea efforts continued when the Afsluitdijk (dike) was built.

In 1953, extremely high water (once again) caused nearly 2,000 deaths, mostly in the southern reaches of the country (Zeeland). Subsequently the country needed a major change, and so began the Delta Project.

The plan (project) was to construct a large series of outer sea-dikes, and inner canal and river dikes to protect this fragile land from disastrous flooding brought on by the constant pressures applied to it by the North Sea. All would be supported by gigantic pumping stations designed to control and protect ground water levels.

Today nearly 50% of the land here remains just above sea level. The massive and costly Delta project and other engineering marvels have to date prevented the North Sea from doing any significant (additional) damage. However, climate change and rising waters could prove daunting to the Netherlands in the future.

Stretched along the northern coastline, the West Frisian Islands continue on to the northeast, becoming the German East Frisian Islands. These barrier islands, separated from the mainland by the Waddenzee, provide a small level of protection from the North Sea.

The Netherlands is crossed by hundreds of miles of navigable canals. One of the most important is the North Sea Canal, as it enables ocean-going ships to reach the port of Amsterdam. Satellite picture here!

Water, water everywhere, as the central and southern Netherlands are positioned at the delta of four major rivers, including the Rijn, Mass, Scheldt and Waal.

The countrys largest lakes, Ijsselmeer and Markermeer are both manmade, created by dikes.