Nord Pas de Calais, positioned in far northern France on the edge of the English Channel and the North Sea, is an heavily populated region of France. It's 4.2 million inhabitants make up about seven percent of France's total population.

Lille, it's major city, is the fourth-largest metropolitan area in France, behind those of Paris, Lyon and Marseille. The city of Calais on the edge of the English Channel, is a major port, and the primary ferry crossing point between England and France. The French end of the Channel Tunnel (Chunnel) is situated nearby. 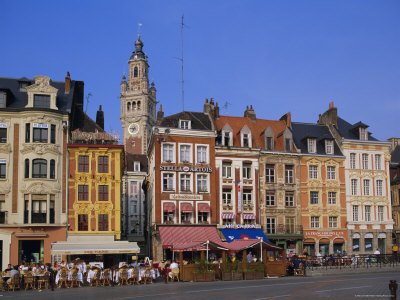