Lorraine, positioned in far northeastern France, is the only French region to have borders with three other countries: Belgium, Germany and Luxembourg. It also borders the French regions of Alsace, Franche-Comte and Champagne-Ardenne. The location of Lorraine led to it being considered a strategic asset by France, and it today has a very important role in European affairs, as the crossroads of four nations. Many important rivers run through Lorraine, including the Moselle, Meurthe, Meuse and Rhine.

The most well-known wine of the region is the pinot noir of the Cotes de Toul. There are additional, high-quality vineyards in the Moselle River valley, as well as the Seille, Metz and Sierck valleys. 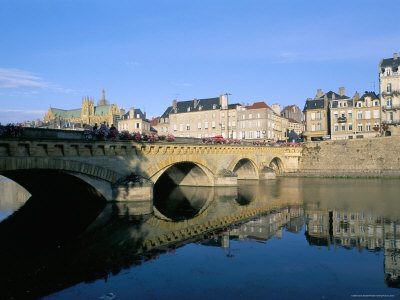