The Languedoc Roussillon region, positioned in far- southern France, and bordering the country of Spain and the Mediterranean Sea, is dominated by 700,000 acres of vineyards, three times the combined area of the vineyards in the famed Bordeaux region.

The most significant cities in this region of 2.7 million people include Montpellier (the capital), Carcassonne, Mende, Nimes and Perpignan.

And speaking of wine, the region is home to numerous (familiar) grape varieties, including Chardonney, Cabernet Sauvignon, Merlot, and Sauvignon Blanc. In Fact, it's the largest wine-producing region in the world, producing more than a third of France's total wine output. 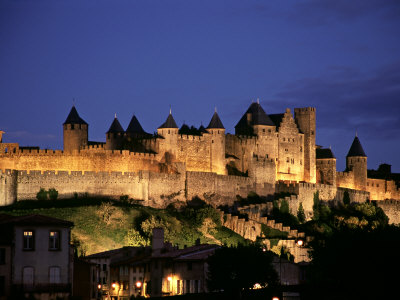