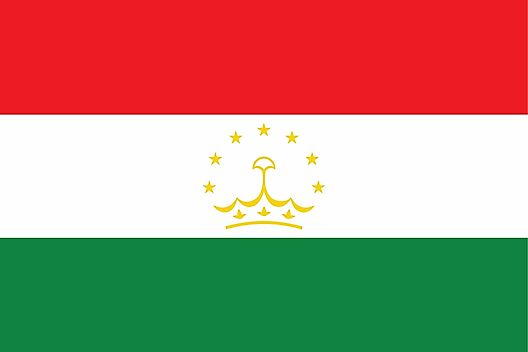 Tajikistan is almost all mountains (93%), dominated by the Alay Range in the north and the Pamir Mountains to the southeast. In fact, more than half of the country is higher than 3,000 m, (9,842 ft.) in elevation.

The numerous mountain chains are etched with deep valleys formed by a dense maze of cold-water rivers.

The eastern mountains contain many glaciers and lakes. The Fedchenko Glacier (surrounding the country's highest peaks) covers 700 square kilometers, and is the largest non-polar glacier in the world

The lowest elevations are in the northwest, southwest and in the Fergana Valley, which dominates Tajikistan's far northern section.

The country's extensive mountain system spawns many rivers, with the most significant being the Syr Darya, Amu Darya (called the Panj in central Tajikistan), Vakhsh (called the Surkhob in northern Tajikistan), Panj, Pamir and Bartang.