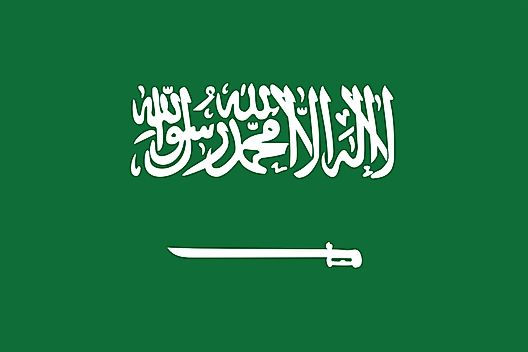 Although there is evidence of human existence in Saudi Arabia dating back 20,000 years, the harsh climate prevented any permanent settling, and it wasn't until the Ottomans expanded their empire in the 16th century that any major developments occurred.

In 1744, the first Saudi state was created near the region of Riyadh. The founder of modern Saudi Arabia, Abd al-Aziz, captured Riyadh at the turn of the 20th century, and began his efforts to unify the many factions on the Arabian Peninsula.

It took many decades but he enjoyed a large measure of success.

Irrevocable Saudi law dictates that the throne of Saudi Arabia must remain in the hands of the sons and grandsons of the founder.

In 1937, (near Riyadh) large oil reserves were discovered, and today, the country is the world's second largest producer and largest exporter of oil.

Saudi Arabia (to its credit) still uses much of the profits from that industry to improve the infrastructure of the country and the lives of its people.

As an example; with an overall lack of rain and fresh water, it successfully constructed the world's largest desalination plant on the shores of the Persian Gulf.

Throughout the 1960s, tensions between Saudi Arabia and Yemen mounted as a civil war broke out between Yemen royalists and republicans. With Egypt backing the republicans and Saudi Arabia favoring the royalists, the pressure didn't subside until 1967 after Egypt withdrew their troops from Yemen.

In 1990, following Iraq's attack on Kuwait, Saudi Arabia joined the anti-Iraq coalition, which ultimately led to an increase in Islamic terrorism within the country, as well as attacks on western countries.

After Prince Abdullah took control as acting King in 1995, he distanced the kingdom of Saudi from the US, and in 2003 refused to support the US and its allies in the Iraqi invasion.

Abdullah officially ascended the throne, and became Saudi Arabia's king in 2005. Four years later, he issued a series of changes within the government, armed forces and other various ministries in an attempt at modernization, and also appointed the country's first female deputy minister.

The Kingdom of Saudi Arabia, the largest country in the Middle East, is 95% desert, including the Rub' Al Khali, the biggest mass of sand on the planet.

As a strict Muslim land and home to both Medina and Mecca (Islam's holiest cities) each year an estimated 2 million Muslims take part in the Hajj pilgrimage. 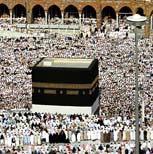 The Hajj is one of the five pillars, or duties, of the Islamic faith, requiring all able-bodied Muslims to make the journey to Mecca, the birthplace of the prophet Mohammed, at least once in their lifetime.