Positioned on the western edge of the Pacific Ocean, along the Ring of Fire, the Philippines is the second-largest archipelago in the world, with over 7,100 individual islands counted within its borders. With a population of 103,775,002, The Philippines became an independent state in 1946.

The history of the Philippines begins with its first inhabitants arriving via primitive boats nearly 67,000 years ago. Various tribes roamed the islands until small kingdoms began establishing roots during the first millennium.

For several centuries there was no unifying power within the Philippine archipelago, as the islands were controlled by various sultans. 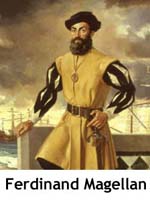 Ferdinand Magellan arrived in 1521, and placed the islands under Spanish ruling. Colonization was quick to follow, and the first European settlements began to pop up in 1565.

For hundreds of years the Philippines were a Spanish colony, but were ceded to the U.S. in 1898, after the Spanish-American War.

The Philippines became one of the main focal points of battles between Japan and the U.S. during World War II, and at the end of the war (in 1946) with the U.S. victory in the South Pacific, the Philippines attained total independence.

During their early years as a new country, the Philippines faced various challenges, and had to be almost completely rebuilt following the devastation brought on by World War II. 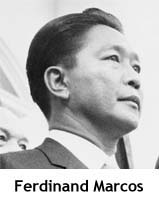 Ferdinand Marcos was elected president in 1965, and toward the end of his second term, after being constitutionally barred from obtaining a third, he declared martial law.

The dictatorial government of Ferdinand Marcos ended in 1986. Since then, a long parade of electoral presidential problems and internal struggles have been ongoing.

In addition, Abu Sayyaf, an armed Muslim insurgency group operating in the south, has collectively plagued the country for many years, and is now causing serious disruptions, especially in western tourism visits.

On June 25, 1991, Mount Pinatubo violently erupted, severely weakening the already strained economy. The volcano's eruption marked the second largest of the 20th century, and its effects were felt worldwide.

In 1992, after many years of negotiations, the U.S. finally closed its last military bases on the islands, and (in the view of many), the Philippines lost much needed revenue from that action.

Haiyan, one of the strongest storms in recorded history, decimated parts of the Philippines in November, 2013. More than 6,000 people were killed and over four million lost their homes. The government has played a powerful role in spearheading the recovery.

Tourism has begun to flourish again with most of the visitors arriving from the U.S., Japan, South Korea and Europe.