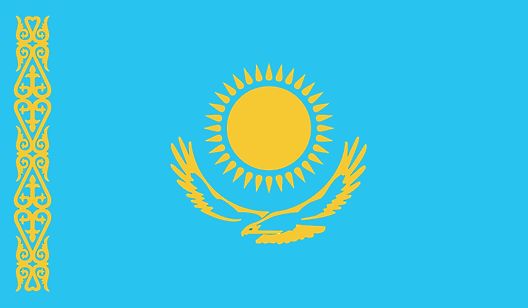 Kazakhstan is mountainous along its far eastern and southeastern borders, where much of the forested Altai and Tian Shan ranges remain snowcapped throughout the year and with many elevated peaks exceeding 6,500 meters.

Just over 70% of the country is a desert or semi-desert dry mix of eroded lowlands, grasslands and sandy areas.

The very dry Kirgiz (or Kaazakh) Steppe region at 308,881 sq miles (800,000 sq km) is the largest plain of its type in the world. Weather conditions on the steepe are frequently inhospitable, and it's a very windy stretch of land.

Along the edges of the landlocked Caspian Sea, the land dips way below sea level in some areas. In the west along its border with the Russian Federation, rolling prairies and forests dominate the landscape.

The most important rivers include the Ishim, Irtush, Syr Dayra, Tobol and Ural. The Caspian Sea and Aral Sea, and lakes Alakal, Balkhash, Tengiz and Zaysan are the largest bodies of water.

What Languages are Spoken in Kazakhstan?

Kazakhstan is a bilingual nation where both Kazakh and Russian are spoken widely in the country. 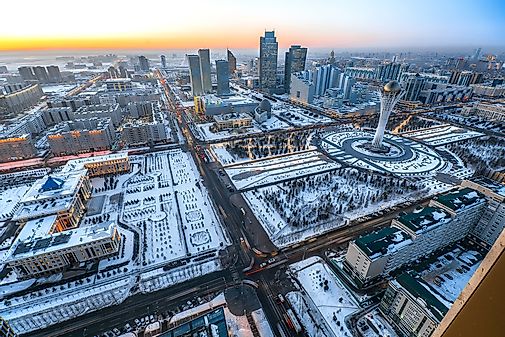 What Languages Are Spoken In Kazakhstan?

What Kind of Economy Does Kazakhstan Have?

The economy of Kazakhstan is the largest one in Central Asia and is supported by enormous oil reserves, minerals, and metals. 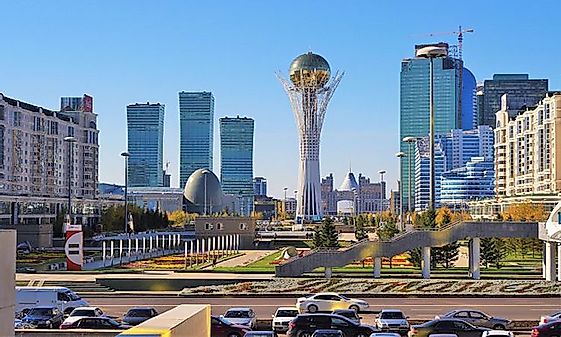 The Economy Of Kazakhstan

Which Is The Most Populous City In Kazakhstan?

With a population of nearly 2 million people, Almaty is Kazakhstan’s most populous city. It houses about 8% of the country’s total population. 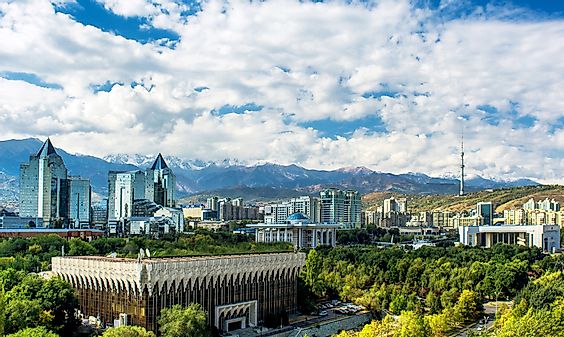 What is the majority religion in Kazakhstan?

Islam is the highest religion making up to 70% of the population, followed by Christianity forming 26% and other religions in the minority. 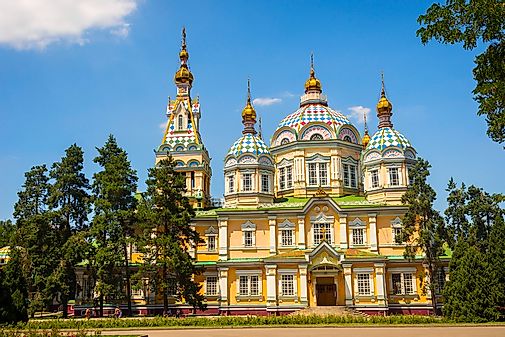 What Kind of Government Does Kazakhstan Have?

Kazakhstan is a presidential republic where the President, the head of state, nominates the head of government. 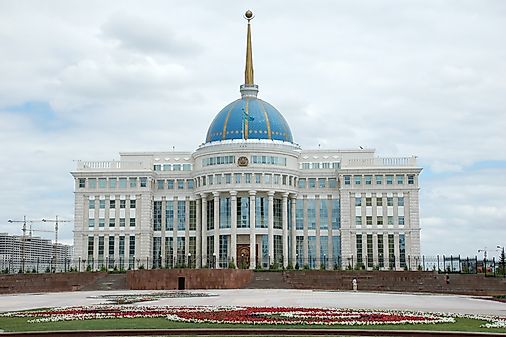 What Type Of Government Does Kazakhstan Have?

What is the Capital of Kazakhstan?

Located on the Ishim River's bank, Astana is the capital city of Kazakhstan.

What Is The Capital Of Kazakhstan?