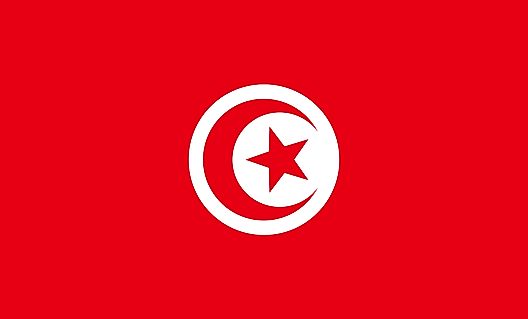 Tunisia is the northernmost country in Africa. It is bordered by Algeria to the west, Libya to the southeast, and Mediterranean Sea to the north and east.

Tunisia is dominated by the Atlas Mountains in the north and the Sahara Desert in the south.

The Atlas Mountains extend northeast from the Algerian border to the Mediterranean Sea. To the north and east of those mountains the topography is generally characterized by low, rolling hills and flat coastal areas.

The Sahara is the largest desert in the world, and a small part of it covers Tunisia. The Grand Erg Oriental is a large erg or "field of sand dunes" in central Tunisia.

The Kerkennah Islands are are a series of low-lying islands no more than 42 ft. (13 m) above sea level. Jerba Island, about 20x20 km in size, is connected to the mainland by a road originally built by the Romans.

The Medjerda River rises in Algeria and then flows through Tunisia before entering the Mediterranean Sea. With dozen of smaller tributaries and a length of 1,476 ft. (450 km), it is the longest river in Tunisia.

Lake of Tunis is a natural, shallow lagoon located between Tunis and the Gulf of Tunis (Mediterranean Sea). The lake is 14 sq miles, (37 sq km) in size.

A series of (mostly dry) salt lakes, known as shatts, lie in an east-west line at the northern edge of the Sahara. One of them, Shatt al Gharsah, is the lowest point in Tunisia at -55 ft. (-17 m) below sea level.

Who is the prime minister of Tunisia?

Youssef Chahed is the prime minister of Tunisia. 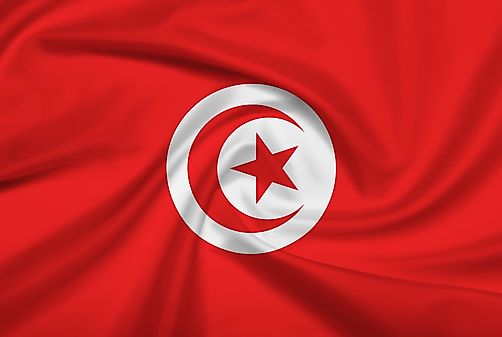