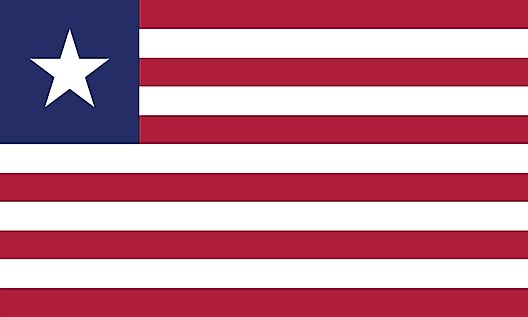 Much of Liberia is dominated by flat to rolling coastal plains that contain mangroves and swamps.

Those plains slope into a rolling plateau and rainforest-covered hills central, and into relatively low mountains in the northeast.

The Cavalla is the longest river in the nation at 320 mi (515 km). It was named by 15th-century Portuguese navigators for the cavalla (or horse mackerel) found at its mouth.

Additional rivers of note are the Lofa, St. Paul, St. John and Cestos River, all of which flow into the Atlantic.

The highest point completely within Liberia is Mount Wuteve at 4,724 ft (1,440 m) located in the West African Mountain range, however, Mount Nimba is higher at 5,748 ft (1,752 m) and is shared with the country of Guinea and Cote d'Ivoire.

The lowest point of the country is the Atlantic Ocean.