The surface of the planet is approximately 71% water and contains (5) five oceans, including the Arctic, Atlantic, Indian, Pacific and Southern. Their borders are indicated on the world image (above) in varied shades of blue.

For many years only (4) four oceans were officially recognized, and then in the spring of 2000, the International Hydrographic Organization established the Southern Ocean, and determined its limits. Those limits include all water below 60 degrees south, and some of it, like the Arctic Ocean, is frozen.

The 5 Oceans by Size


Greatest Depths in the Ocean 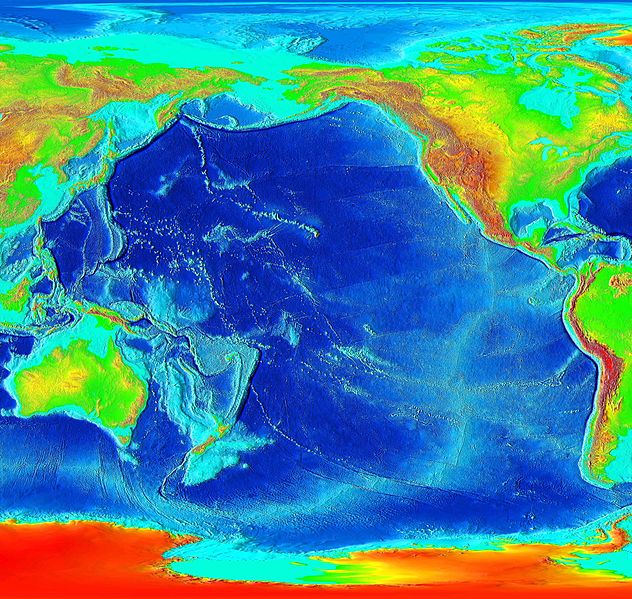 The large series of volcanoes (some active) encircling the Pacific Ocean are referred to as being part of the Ring of Fire, and notorious for frequent earthquakes and volcanic eruptions.

The Ring of Fire coinciding with the edges of one of the world's main tectonic plates, (the Pacific Plate) contains over 450 volcanoes and is home to approximately 75% of the world's active volcanoes.

Nearly 90% of the world's earthquakes occur along the Ring of Fire; most recently, the devastating quakes in Chile, Japan and New Zealand.