Smoothed by glacier retreat during the last Ice Age, Lithuania is mostly flat lowlands in the west, with some low hills.

In the east and southeast, bogs, numerous small lakes, and the rolling hills of the Baltic Highlands dominate the landscape, where much of the land is covered by dense forest.

Its highest point is near the Belarus border where the Juozapine stands at 964 ft. (294m).

Important rivers include the Neman (Nemunas), Neris and Venta.

In the west along the Baltic Sea the shallow Curonian Lagoon extends south to Kaliningrad. 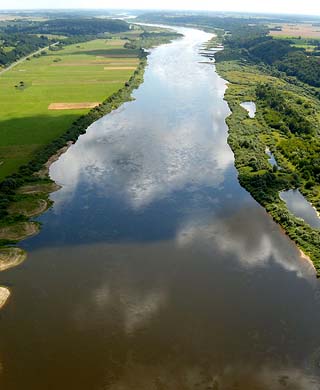