Although all countries in the world use flags and flagpoles in some capacity to show pride and patriotism, some countries truly take the act of flag waving to the next level. Other recent years, a friendly competition has emerged between countries who want to establish the world's tallest flagpole. Currently, the Jeddah Flagpole, in the city of Jeddah, Saudi Arabia, holds the number one spot, reaching a staggering height of 170 meters (560 feet). It overtook the Dushanbe Flagpole, which was formerly the world's tallest, in 2014. However, Saudi Arabia is not the only country to have a flagpole that reaches great heights. These giant flagpoles are actually found all over the world. We looked way, way up high to develop a list of the world's tallest flagpoles.

Countries With the World's Tallest Flagpoles

At 560 feet (170 meters) tall, the Jeddah Flagpole in Saudi Arabia is the tallest flagpole in the world. It is located in the middle of King Abdullah Square in Jeddah, the second largest city in Saudi Arabia. The Al-Babtain Power and Telecom and the Abdul L Jameel community-initiative built this flagpole in September 2014 using five hundred tons of steel. Upon its construction, the Jeddah Flagpole outranked the Dushanbe Flagpole in Tajikistan, which was previously the world's tallest.

Ever since the construction of the Jeddah Flagpole, the Dushanbe Flagpole in Tajikistan has held the ranking of the world's second tallest. However, the Dushanbe Flagpole is still nonetheless impressive. It stands 541 feet high and supports a 98 foot by 197 foot flag which weighs a whopping 1,540 pounds. The flagpole is made up of 39.4 foot steel tube sections. The design process of the flagpole began in July of 2009, and the flagpole was officially erected in May, 2011. 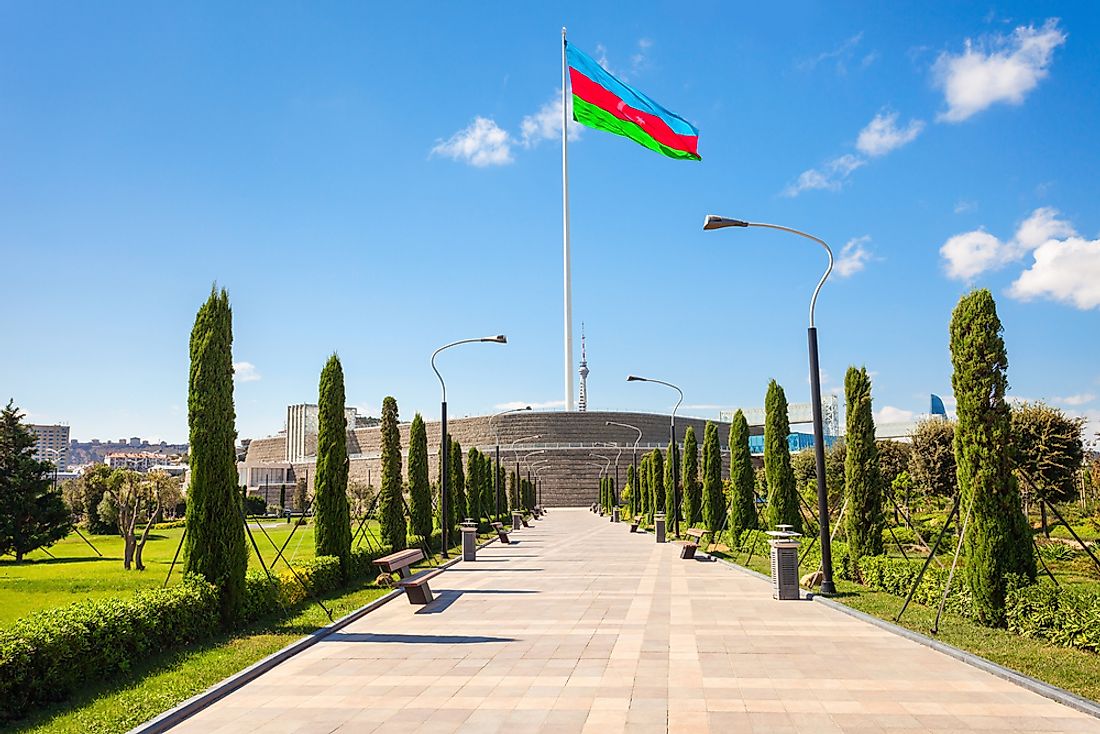 The third tallest flagpole that the world has ever seen was built in the city square of Baku, Azerbaijan (appropriately called the National Flag Square). The 531 foot flagpole flies a 230 foot by 115 foot flag in the middle of the city square. The 150 acres square features Azerbaijan’s map, anthem and coat of arms. However, in 2017, Baku's towering flagpole was taken down and public access of the city square ceased. The lack of sturdiness of the flagpole had previously been cited as a possible public safety concern.

In the 1980s, South Korea built a 323 foot flagpole which flew a 287 pound flag. North Korea responded by installing an even taller flagpole. Located in Kijongdong, the 525 foot flagpole flies a 595 pound North Korean flag. For more than a decade, it was the world's tallest. However, it was a title lost in 2010 when other countries began picking up on the trend of supertall flagpoles.

The Ashgabat flagpole, which was installed on June 26, 2008, is situated in Ashgabat, Turkmenistan. The 436 foot flag pole is the 5th tallest in the world. It is one of several Central Asian countries on our list; many of these tall flagpoles were built to commemorate 20 year anniversaries of the split between these countries and the former USSR.

The flagpole of Aqaba, the only coastal town in Jordan, waves 430 feet in the air. The flag, which was constructed in 2004, was intended to commemorate the Battle of Aqaba of 1917. One interesting fact is that the Aqaba Flagpole can be seen from three countries: Israel, Saudi Arabia, and Egypt. 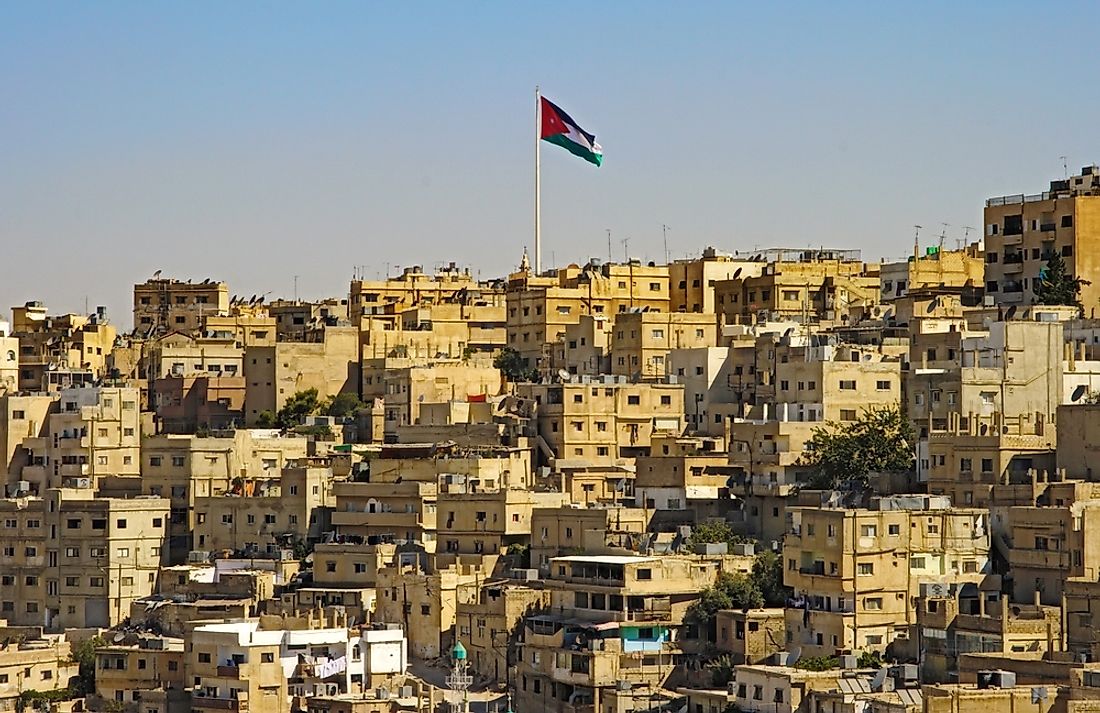 The 416 foot Raghadan flagpole is on the Raghadan Palace grounds in Al-Maquar royal compound in Amman, Jordan. King Abdullah II hoisted the country's official flag measuring 200 feet by 100 feet on June 10, 2003. The flagpole is tall enough to be clearly visible from 12 miles away. In periods of bad weather, the large flag is lowered in order to prevent the unpleasant noise caused by excessive waving. 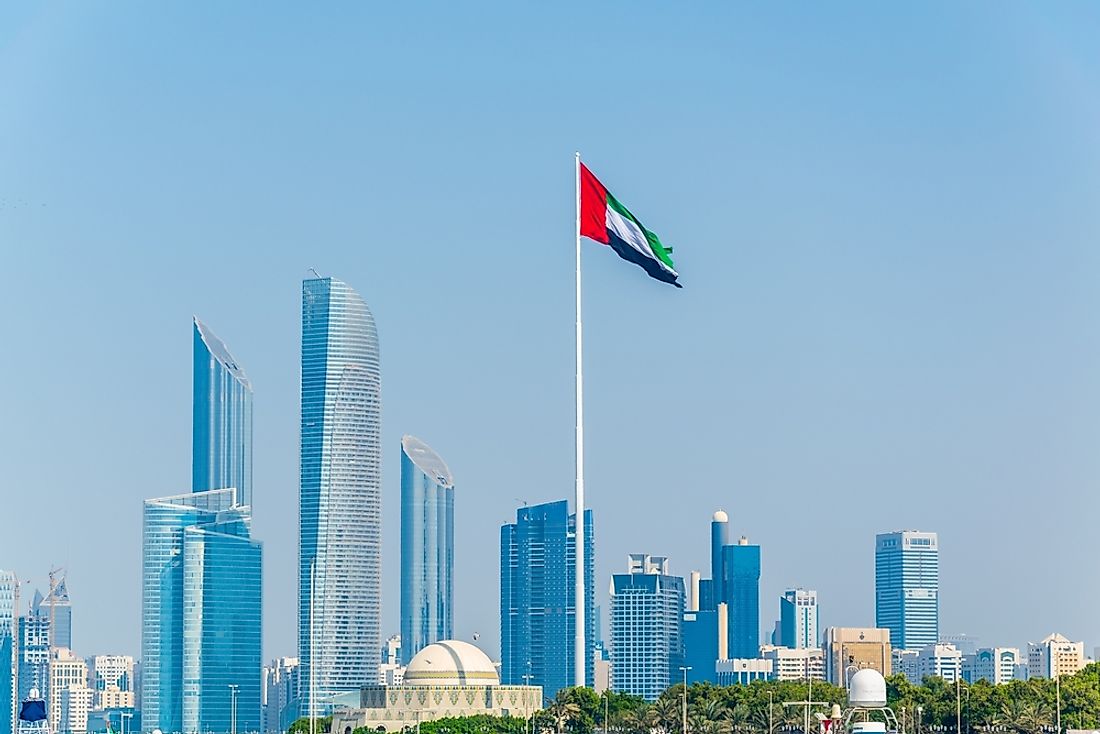 The flagpole on the Corniche break-waters in Abu Dhabi, United Arab Emirates holds the tied position for the world's 8th tallest flagpole. The 400 foot flagpole was erected on December 22, 2001, to commemorate the country’s 30th national day. The steel flagpole flies a 65.6 foot by 131.2 foot Emirates flag.

This 400 foot flagpole, located in the Pakistani border town of Wagah, was constructed in 2017. Its construction was intended to commemorate the 70th anniversary of Pakistan. It sits near to the border between Pakistan and India.

Located in Sheboygan, the Acuity flag is the tallest flagpole in the United States. The 394 foot flagpole flies a 350 pound flag when the climate is harsh and a 220 pound flag when the weather is calm. The flagpole weighs approximately 420,000 pounds, and on June 16, 2014, Acuity insurance dedicated the flag to those who served and helped keep the world safe. 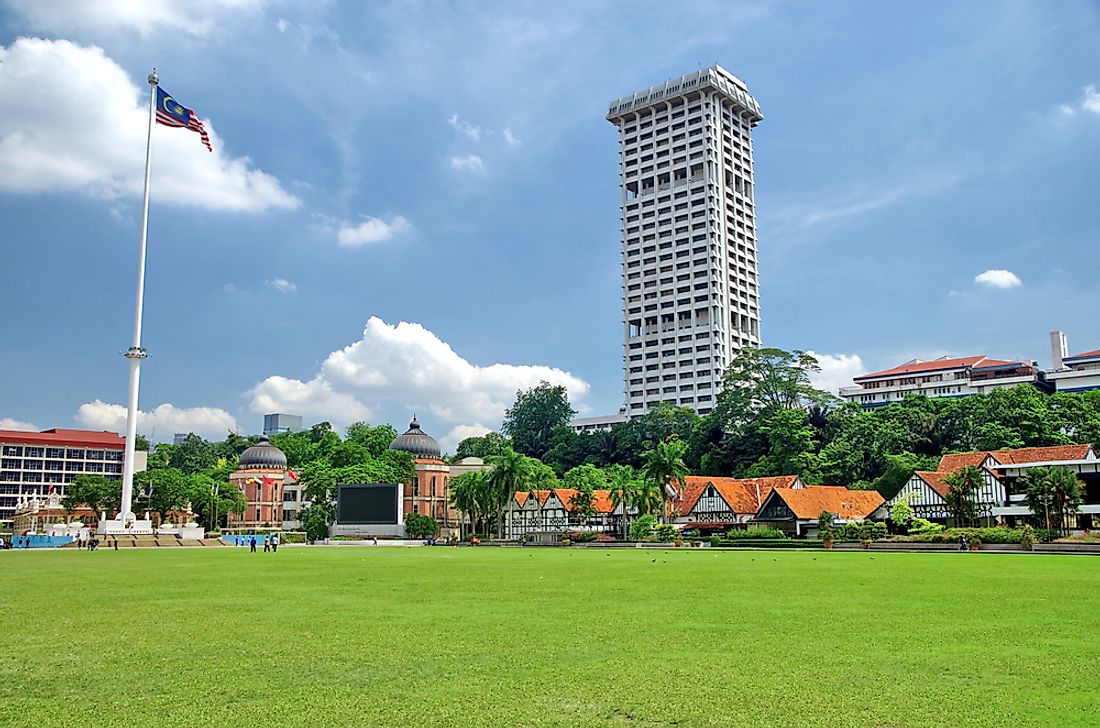 The 328 foot flagpole is located in Merdeka Square right in front of the building of Sultan Abdul-Samad. On August 31, 1957, the union flag was replaced with the flag of the Malayan when the country gained their independence. The Kuala Lumpur flagpole was once the tallest in the world until 1980 when North Korea built a taller flagpole.

Who Has Held the Record of the Tallest Flagpole the Longest?

Where is the World's Tallest Flagpole?

At 560 feet (170 meters) tall, the Jeddah Flagpole in Saudi Arabia is the tallest flagpole in the world. It is located in the middle of King Abdullah Square in Jeddah, the second largest city in Saudi Arabia.

This page was last updated on February 22, 2018.
By Geoffrey Migiro