Officially known as the Republic of Kazakhstan, Kazakhstan has a culture that dates all the way back to between the seventh and twelfth centuries when Islam was introduced to the nation. The culture traces its roots to the nomadic nature of the people as well as Islam, which is the dominant religion. The cultures extend all the way from food and clothes to music, art, and sports. 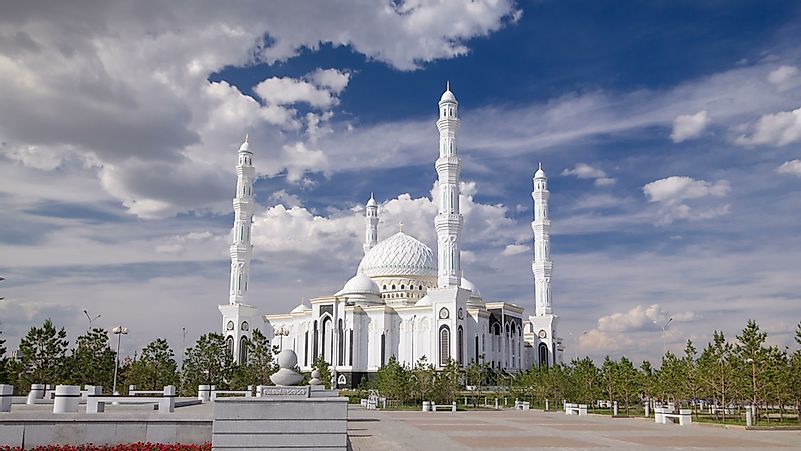 The dominant religion in the country is Islam with about 70% of the entire population practicing the religion. The bigger percentage of Muslims are Sunni Muslims. The next largest religious group is the Russian Orthodox Christianity with a following of less than 25% of the population. Russian Orthodox Christians include ethnic Russians, Belarusians, and Ukrainians. Other groups include Judaism, The Church of Jesus Christ of Latter-day Saints, Buddhism, and a few others.

There are two official languages spoken in Kazakhstan, namely Kazakh and Russian. Of the two, Russian has more speakers, about 6,230,000 people, while Kazakh has about 5,290,000 speakers. Other languages include German with about 30,400 speakers, Turkish and Ukrainian with about 898,000 speakers and a few others. In addition to these languages, minor languages include Dungan, Sinte Romani, Ili Turki, Plautdietsch, and Ingush. Immigrants have brought in languages such as Greek, Korean, Belarusian, and Azeri. 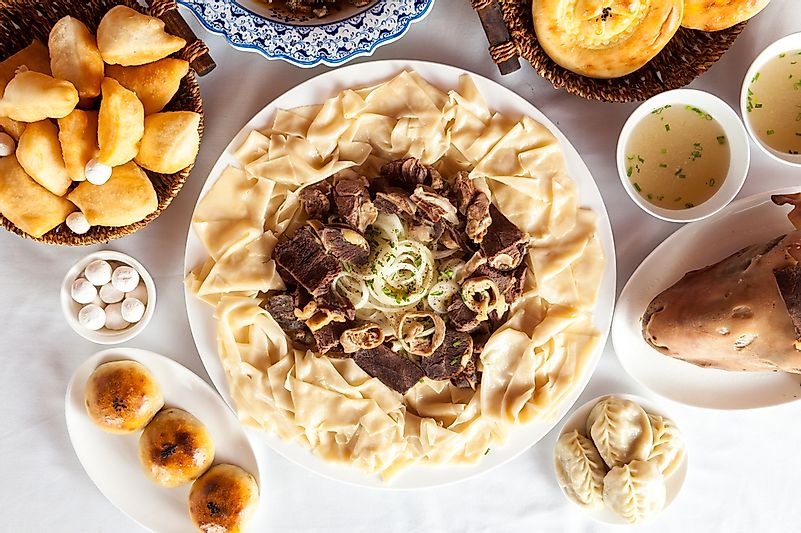 When it comes to cuisine, traditional food includes horsemeat and lamb with the inclusion of an assortment of dairy products. In the past, nomadic natives of Kazakhstan used to take care of livestock such as horses, fat-tailed sheep, and Bactrian camels. While these animals were a symbol of wealth, they were also the primary source of food as nomads do not stay in one place for long enough to grow food. To this day, some places make food with preservation in mind. This style of cooking involves using salt and drying techniques to ensure that food lasts for long. Traditional dishes include a form of meat called besbarmak, kazy, shuzhuk, and zhal.

As is the case with most parts of the world, things are changing and food has not been spared by the wave of change. Modern chefs are now making use of modern western techniques of making food and blending these recipes with traditional ones to come up with hybrid recipes. An example of the newer popular recipes is the betinjantab.

Sports are an integral part of the culture in the state. Over the years, the nation has seen some success in sports such as ice hockey and boxing. In the 2004 Summer Olympics, they ended up with a haul of eight medals. The most successful sport is cycling while football is the most popular. Rugby is also quite popular. Every year, the nation produces participants to the “Sheber” competition, which is battled out by Kazakh artisans in order to popularize the artists.

There is a wide range of musical styles that originate from Kazakhstan. Traditionally, the music revolved around instrumental and vocal music. Currently, these instruments are still used by artists as well as the general populace.