Flags are not only national symbols but also serve as regional and city symbols. While some city flags borrow their designs and colors from national flags, many city flags are completely unique and exhibit different styles and design principles. Some city flags are actually quite attractive and portray a lot of creativity. Good flags tend to follow a few simple steps such as a simple design, simple colors, and meaningful imagery. Here are some of the best city flags from around the world.

Chicago is the most populous city in Illinois, located at the shores of Lake Michigan. The flag of Chicago is made up of two horizontal bars on a white field. Each of the blue bars is a sixth of the entire flag and placed about a sixth away from the top and bottom. Between the blue bars are four six-pointed stars arranged horizontally. The stars from left to right represent Fort Dearborn, the Great Chicago Fire, the World’s Columbian Exposition, and the Century of Progress Exposition. The white background areas represent the three corners of the city while the top and bottom blue bars represent Lake Michigan and the Chicago River’s North Branch respectively. 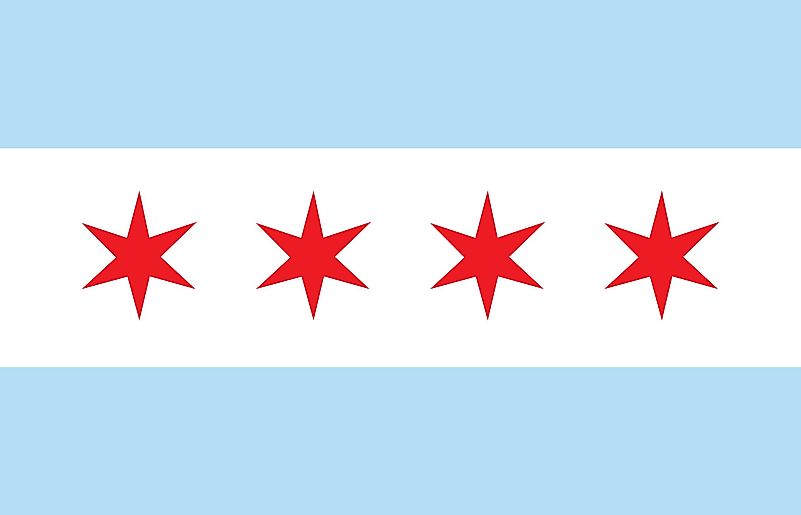 Amsterdam is the capital of the Netherlands and the most populous municipality in the country. The flag of Amsterdam depicts two red horizontal bars separated by a black horizontal bar with three Saint Andrew’s Crosses on it. The three colors on the flag are derived from the city’s coat of arms. Saint Andrew was a fisherman in Amsterdam and was martyred on an X-shaped cross. However, the meaning of the cross remains unclear with several theories put forward. 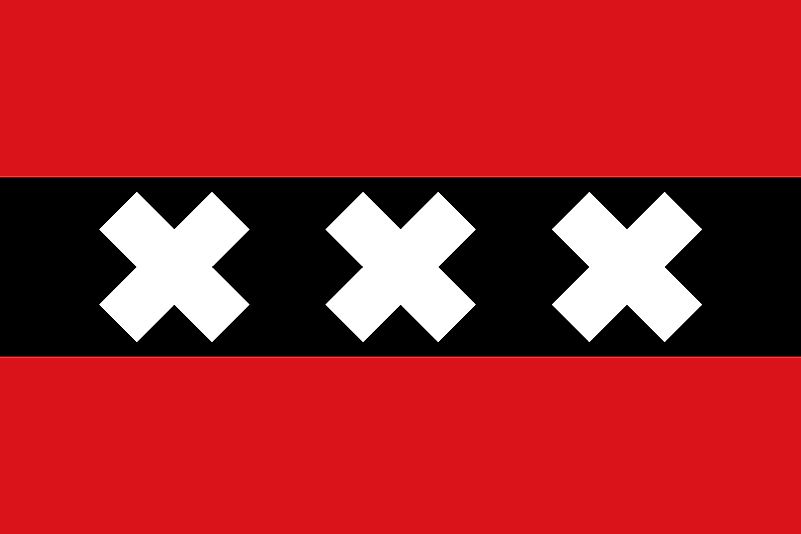 Denver is the state capital and the most populous city in the US state of Colorado. The county and city flag was designed by Margaret Overbeck, a school student from North High School. The fag of Denver consists of a horizontal white zigzag strip separating a red field below from a blue field above, which has a yellow circle at the center. The flag generally depicts the sun on a blue sky above snow-capped mountains. The yellow color symbolizes the presence of gold in Colorado’s hills. Red is the colored earth that the state’s name refers to while the white zigzag signifies the Native American heritage in Colorado. The placing of the yellow circle at the center symbolizes Denver’s central location in Colorado. 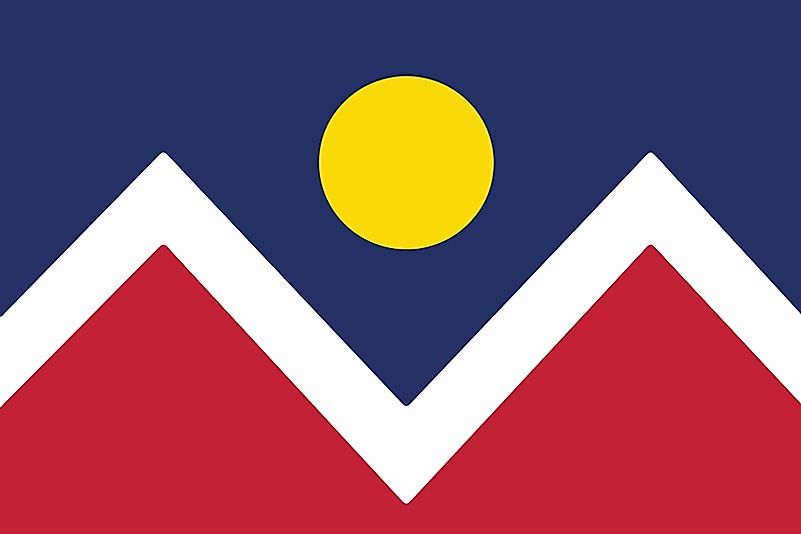 Tokyo is a prefecture in Japan that has served as the country’s capital since 1869. Tokyo adopted its flag in 1964 under the Metropolitan Announcement Number 1042. The flag of Tokyo consists of a white metropolitan crest on an Edo purple background. The crest depicts a six-rayed sun with a dot at the center which typically represents Tokyo as the center of Japan. The color of the crest is not designated. Edo was the name of Tokyo in the Edo period while the shade of purple is one of Japan’s traditional colors. 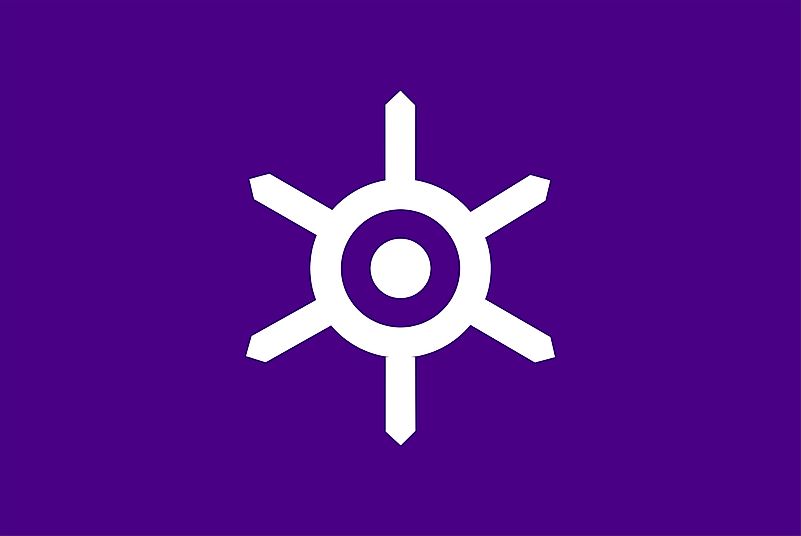 Washington DC is the capital of the US and the seat of the federal government. The city’s fag consists of three five-pointed red stars above two equal red horizontal bars on a white background. The flag design was based on George Washington’s coat of arm. The flag of DC was temporarily designed in 2003 to include the word “DC” at the center of the middle star and the phrase “TAXATION WITHOUT REPRESENTATION” on the two red bars. In 2004, the flag of DC was voted the best city flag in the US. 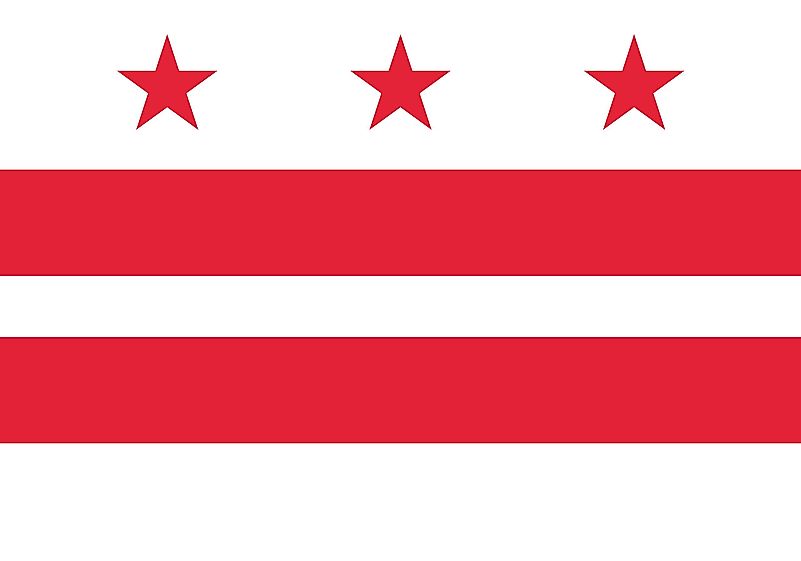 Kuala Lumpur is the capital of Malaysia and an important global city. It officially adopted its current flag in 1990 during the centenary celebration of Kuala Lumpur City Hall as the city’s local authority. The flag bears certain elements of the national flag. The flag has a blue field with seven equal alternating horizontal bars of white and red on the upper and bottom of the flag. Next to the hoist side is a yellow crescent moon facing the fly side and a 14-pointed yellow star. The red color represents the city’s strength and courage while blue represents its multiracial nature. White represents beauty and cleanness and yellow represents its sovereignty. 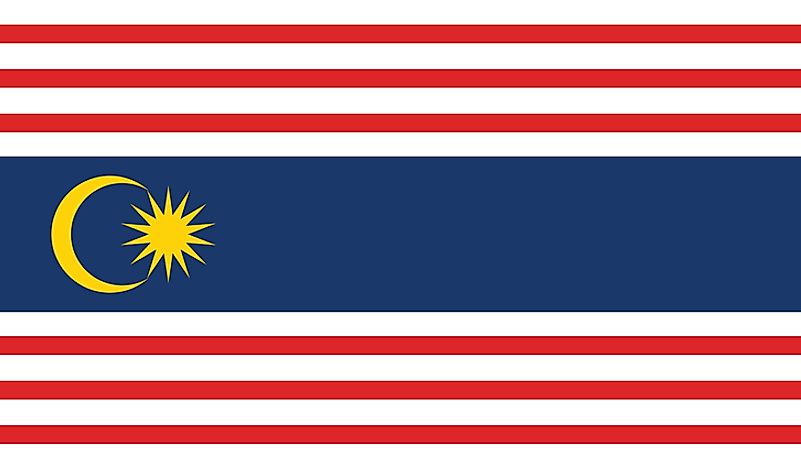 Portland is the largest city in the US state of Oregon. The city has a green flag with a four-pointed white star from which blue bars radiate, each bordered by L-shaped yellow line. The yellow and blue elements are separated from each other and from the green field by white fimbriation. The green color represents the forests of Portland, yellow represents commerce and agriculture, and blue represents the rivers. The flag was ranked the 7th best flag in the US in 2004 American City Flag Survey. 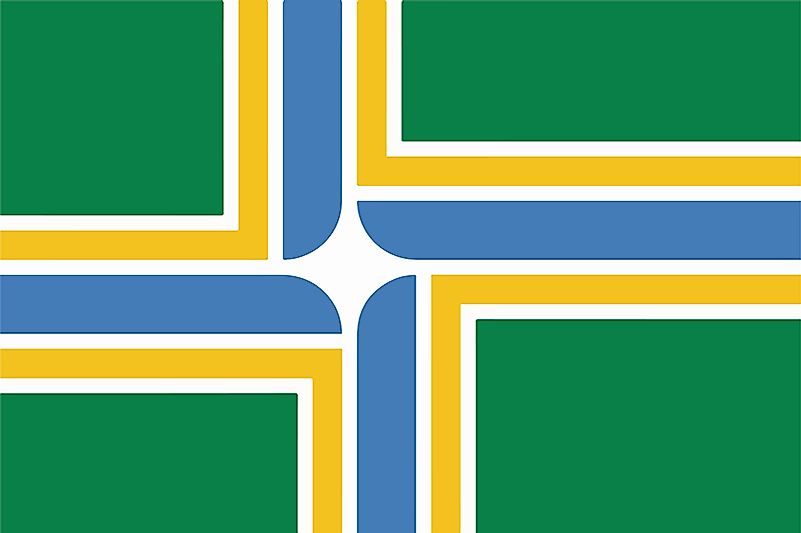 Berlin is the capital city of Germany. Its flag is one of the more simple city flags and is a tricolored flag of red sandwiched between two reds. The two outer red strips each occupy the top and bottom fifth of the height of the flag. A black bear appears to be walking on its hind limbs towards the hoist side with its forelimbs raised is placed slightly off-center on the white field. The bear is placed inside the escutcheon, which is also the coat of arm of Berlin. 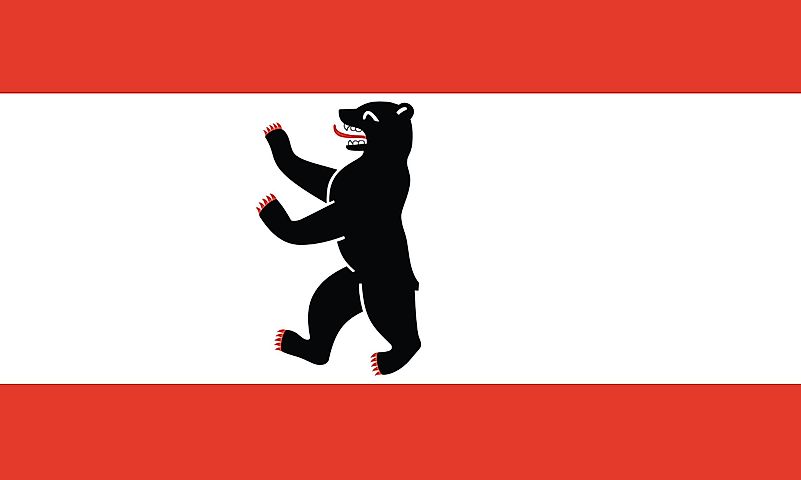 This page was last updated on January 5, 2020.
By John Misachi