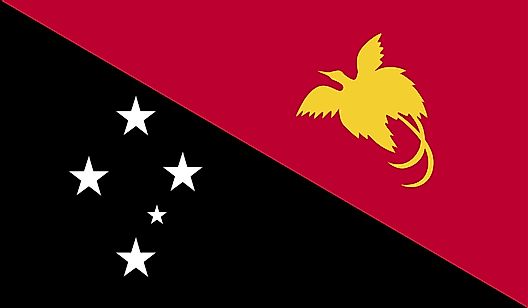 Officially the Independent State of Papua New Guinea, this island nation occupies the eastern half of the island of New Guinea, and includes numerous offshore islands. 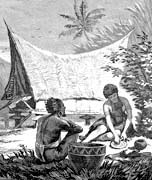 Between 50,000 and 70,000 years ago ancient peoples migrated from Southeast Asia, and began to settle the islands. Agriculture was developed around 7,000 BC, and with the arrival of the sweet potato crop in the 18th century there was a significant increase in the region's population.

Not much is known about Papua New Guinea prior to the 19th century, although Europeans first arrived to the islands in the 16th century, and it was Portuguese explorer, Jorge de Menezes, who is credited with naming the island Papua. It wasn't until the late 1800s that both the Germans and British began to settle the region, with Germany taking the northern half and Britain the southern.

In 1905 the British part of Papua New Guinea was taken over by the Australian administration as part of the Papua Act, and several years later, amidst World War I, Australia seized the German colony. Following the war, Australia was given a trusteeship over New Guinea by the League of Nations, and plantations were given to war veterans.

Until 1949, Papua was a separate administration from New Guinea, however, both were combined after World War II, and in 1975 the island nation gained full independence.

Papua New Guinea includes the eastern half of the island of New Guinea, the islands of the Bismarck Archipelago, and the island of Bougainville, itself still (politically) part of the Solomon Islands.

In 1989 a secessionist revolt on Bougainville Island, that lasted nine years and claimed nearly 20,000 lives, resulted in Bougainville and the other 18 districts to have a quasi-federal status as provinces. 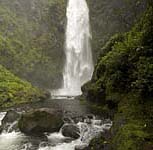 The central core of the main island is mountainous with deep, green valleys dotted with mysterious and remote villages. There are still no significant cross-country roads from the capital city, and most vital transportation depends on small aircraft and the over 400 isolated airports.

A majority of the inland population lives in primitive conditions and there are over 700 different languages spoken among the various native tribes.