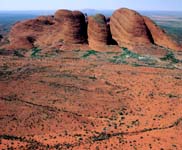 The rugged, natural beauty of the Northern Territory is rich in Aboriginal history, while the capital city of Darwin boasts a melting pot of food and culture.

Australian Aborigines settled the Northern Territory over 60,000 years ago, and began trade with the natives of Indonesia around the 15th century.

Europeans were late to the settlement game, having spotted the coast of the Northern Territory in the 17th century. It wasn't until 1824 that British Captain James Gordon Bremer established Fort Dundas on Melville Island as part of New South Wales. 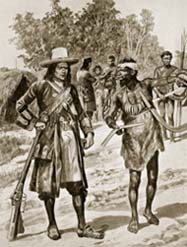 The region's harsh environment proved to be a difficult spot for the Europeans, as they attempted to start additional colonies (of which three failed due to starvation). Despite these ever-increasing tragedies, explorers continued to remain ambitious in their appetite to discover new areas for agriculture and for answers to their scientific inquiries.

The Northern Territory was annexed in 1863 to South Australia, and another unsuccessful attempt was made at creating a colony in the unforgiving region. Finally, six years later, a settlement at Port Darwin was established known as Palmerston. In 1870 telegraph poles were erected connecting Australia to the rest of the world.

The Northern Territory was separated from South Australia on January 1, 1911, and transitioned into Commonwealth control.

Two world wars and a series of internal conflicts plagued the Northern Territory throughout the first half of the 20th century. In 1978, a Legislative Assembly was created following the changeover into a responsible self-government. 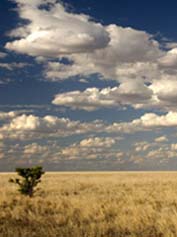 You can both lose and find yourself within the Northern Territory's vast landscape.

The Aboriginal rock art of Kakadu National Park and the iconic Ayers Rock cannot be missed. And sitting in the heart of Australia, at the bottom of the territory, is the outback town of Alice Springs, where bike riding and bushwalking across the red sand dunes lure in the more adventurous tourists.