Australia whose name comes from the Latin word australis, meaning "southern", has a population of 23,480,939 and gained its independence in 1901.

The initial inhabitants of Australia traveled here from far-southeast Asia, and from the Torres Strait islands. From their initial settlements in the north some 70,000 years ago, their individual lifestyles and cultural traditions eventually spread across this vast uncharted land.

The first European exposure to Australia occurred in 1606, when the Dutch explorer, Willem Janszoon, sighted, then landed on the Cape York Peninsula. He found the area inhospitable and moved on. Regardless, adventurers and traders, aggressively searching for riches in the southern hemisphere, continued to sail through the northern coastal areas bordering a land the Dutch named New Holland.

In 1688, on one of his three circumnavigations of the globe, William Dampier became the first British explorer to set foot on Australian land, coming ashore in Shark Bay.

In the mid 18th century, Britain had an overcrowded prison population, and they required a new penal colony. In 1770, the legendary British explorer, James Cook, arrived in Australia and found the eastern coastline a most desirable location. He subsequently named this land New South Wales, and claimed it for Great Britain.

Eighteen years later (one of the world's greatest sea voyages), a grueling 252 day, 15,000 mile journey brought eleven ships carrying about 1400 people (mostly convicts) from England all the way to Australia.

They anchored at Port Jackson (Sydney Harbor) on January 26, 1788. There, under the command of Captain Arthur Phillip, in his capacity as the colony's first Governor, the British Crown Colony of New South Wales was established. That day (Australia Day), is an official public holiday celebrated in all states and territories of Australia.

For the next 80 years - in a somewhat provocative move - over 150,000 additional men and women (convicted criminals) were shipped to Australia, often enduring difficult and deplorable conditions during their lengthy ocean journeys.

As a result, until the Australian Gold Rush of the 1850's brought thousands of (free) immigrants to Australia in search of riches, the settler population was dominated by convicts and their descendants. 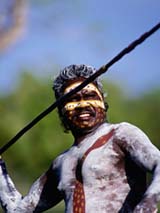 In this land of incredible opportunity (for some), the indigenous Aboriginal Australians and Torres Strait Islanders were suffering. Their population decreased dramatically in the 19th century as imported diseases killed thousands, and forced displacement and blatant land grabs disrupted their traditional lifestyles.

During the 19th century, separate and somewhat independent colonies were formed from parts of New South Wales, which loosely occupied the eastern half of the country; they included Queensland, Tasmania, South Australia and Victoria.

Immediately thereafter, the Australian Capital Territory was formed from a part of New South Wales, in an effort to provide a location for the new federal capital of Canberra. The Northern Territory joined the Commonwealth that same year, and at that time, the population of Australia was nearly 4 million, which included approximately 95,000 indigenous peoples.

On April 25 each year (ANZAC Day), Australia commemorates the anniversary of the landing of troops of the Australian and New Zealand Army Corps during World War I at Gallipoli, Turkey. That decision to fight alongside Britain partially decimated the male population of Australia, as over 60,000 of its bravest were killed and many thousands were severely wounded. 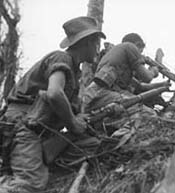 During World War II, Australian forces played a significant role in the Allied victory in Europe, as well as in the South Pacific, where they engaged the Japanese in many difficult battles in remote areas of New Guinea. The Aussies stood tall, and helped win the war.

World War II literally sparked the Australia's economy, as major growth swept across the country. Workers were needed and countless thousands of migrants from Europe arrived to fill the positions. Many were the wide-eyed young, all hopeful for a bright and profitable future, and they would not be disappointed.

In 1956, Melbourne, Australia hosted the Olympic Games and the world watched this new country shine.

The 1960's were a transition period for Australia. At the forefront of change, the far-sighted citizens of Australia voted (overwhelmingly) for full citizenship and a (government-mandated) quality education for the estimated 350,000 Aboriginal and Torres Strait Islander peoples that lived in their country. And after some (short-sighted) immigration restrictions were finally lifted, Australia is today a beacon of democratic procedures and non-discriminatory policies.

In September of 1999, Australia led the international peacekeeping force sent to restore order in East Timor. That same year, Australia's 11.6 million voters rejected a referendum that would have ended Australia's formal allegiance to the British Crown.

Australia remains a constitutional monarchy with a parliamentary system of government. Britain's Queen Elizabeth II is the Queen of Australia. She is represented (symbolically) by the Governor-General at the federal level, and by the Governors at the state level. Although the Governor-General maintains certain powers, the leader of the political party with the majority of support in the House of Representative becomes the country's Prime Minister.

Australia has an enviable, strong economy with a per capita GDP on par with the dominant European economies. Robust business and consumer confidence and high export prices for raw materials and agricultural products are fueling that economy, particularly in mining states. Australia's emphasis on reforms, low inflation, a housing market boom, and growing ties with Australia have been key factors behind the economy's 16 solid years of expansion.

Of all the travel destinations on Planet Earth, Australia remains one of the most attractive choices. Surely it offers a wide variety of things to do, sites to see and family attractions of all description, but in this land of dazzling scenery and big blue skies, it's the charming, friendly faces that make all the difference.