Occupying the entire western third of Australia, the state of Western Australia is the second-largest country subdivision in the world.

Much of the state is eroded and infertile, with a majority of the 2.4 million inhabitants living in the southwest corner of the state. 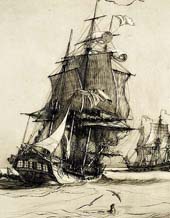 The first inhabitants arrived from the north some 40,000 - 60,000 years ago, and began to spread across the entire landmass of Australia. By the time European explorers arrived in the early 17th century, these indigenous Australians were well established throughout the Western Australia region.

The remainder of the 17th century brought many more explorers, usually unintentionally due to shipwrecks. It wasn't until the 19th century that proof of this 'Great Southern continent' actually existed when British and French sailors began exploring the Western Australia coast.

In 1826, the British established a settlement at King George Sound (later renamed to Albany) and three years later the Swan River Colony was formed by James Stirling. The settlements slowly developed into the port city of Fremantle and the state's capital, Perth. 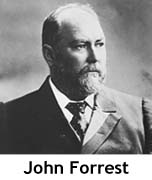 Until the discovery of gold in the 1890s, population growth had been very slow. In 1887, a constitution providing for the right of self-governance was drafted. John Forrest became the first Premier of Western Australia in 1890.

Residents of the colony voted in favor of a campaign for federation led by Forrest at the turn of the 20th century and on January 1, 1901, Western Australia became an official state of Australia.

In 1917, the Trans-Australian Railway arrived in Western Australia and, coupled with the success of gold mining, the region's population boomed.

A referendum for secession was issued in 1933, as citizens of Western Australia desired to transform into complete self-governance, separate from the Commonwealth. However, it was ignored by the British parliament.

Presently, the economy of Western Australia relies mainly on mining, agriculture and tourism - (it's the second-largest iron ore producer in the world). People who settle into the region, are drawn by the relaxed lifestyle and comfortable coastal climate, resulting in the state remaining one of the fastest growing regions in the country.