As the capital city of Prince Edward Island (PEI), Charlottetown is recognized as the "Birthplace of Confederation," because it hosted the historic 1864 conference that ultimately led to the Canadian confederation.

With a population of more than 32,000 people, Charlottetown is a thriving town situated on the south shore of PEI, directly above Nova Scotia. Its Atlantic coast location creates a stretch of boardwalks that line nearly the entire southern region of Charlottetown.

Although it is a sizeable city, Charlottetown is praised for its sense of community. Always adorned with seasonal decor, Charlottetown blooms with hundreds of flowerpots in the summer and is illuminated by more than 175,000 lights during the Christmas and winter season.

With the lowest crime rate in all of Canada, Charlottetown is regarded as an ideal place for families to settle down and a beautiful destination for Prince Edward Island travelers.

Check out the following great things to do on your Charlottetown vacation:

This city attraction uses interactive technology to awaken all of your senses, enhancing your travels through time. Read original news reports, enjoy theater and test your newly-acquired knowledge with on-screen trivia games as you pass through the artistic and contemporary tunnel.

History lives on outside of Founders Hall when the Founders Hall Confederation Players lead you through Charlottetown's historic district. This group of Canadians representing the Fathers and Ladies of Confederation will share the stories that the streets are unable to tell, from the town criers that once strolled along the sidewalks, to the supernatural life that is believed to have corrupted quiet community life.


In the summer, the Confederation Centre of the Arts is home to the live performances of the well-known Charlottetown Festival. During this busy season, the Centre also offers engaging visual arts camps for children ages 3-18.

Located in the heart of Charlottetown, the racetrack/casino CDPEC provides gamers with non-stop excitement until midnight during the week and 2 a.m. on the weekends. 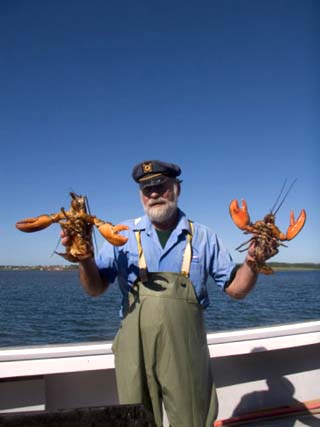 Local fisherman...
by Taylor S. Kennedy
Buy This at Allposters.com 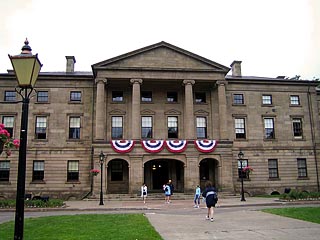