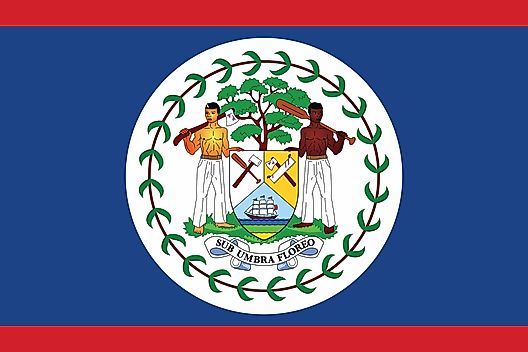 Belize is divided into four main geographic regions, including the relatively low Maya Mountains of the south that dominate all but the narrow coastal plain; the northern lowlands and its many rivers and streams; the flat and swampy coastal plain, and the almost countless cayes, islands and lagoons that fringe its Caribbean coastline.

More than 50% of Belize is covered by tropical rain forest that's dissected by a network of rivers, mostly small in length. The largest and most significant river is the navigable Belize that stretches from the Guatemala border all the way to the Caribbean Sea.

Second only in size to the Great Barrier Reef off the northeast coastline of Australia, a 175 mile long barrier reef fronts the Belize coastline, intermixed with literally hundreds of islands and cayes.

58 miles direct east of Belize City sits the Blue Hole; more than 1,000 feet across and some 400 feet deep, it's the opening to a former Ice Age cave, and is today one of the world's most popular dive sites. 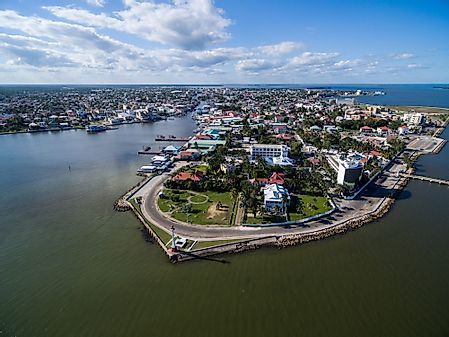 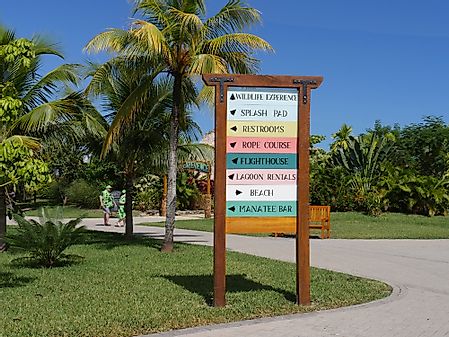 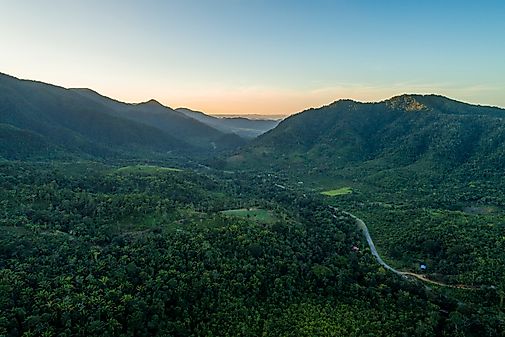 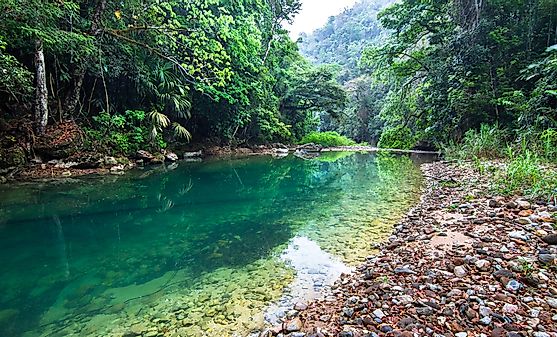 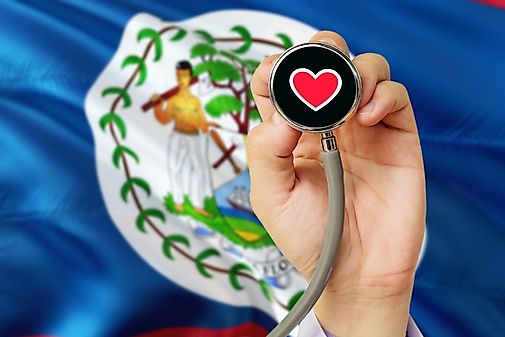 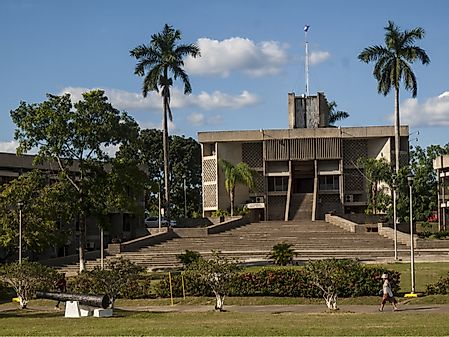