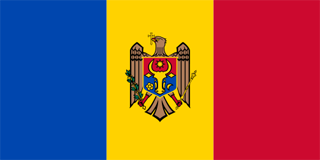 Once part of Romania, Moldova's flag reflects that association, as the two countries use almost identical shades of red, yellow and blue in their national flags. In the center of the flag the nation's coat of arms is displayed. 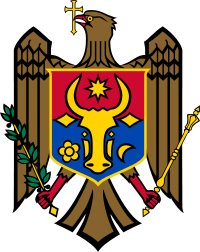 The Moldovan coat of arms consists of an eagle holding a cross in its beak, as well as a sceptre and an olive branch in its talons.

Against the eagle's chest is a shield that contains the traditional symbols of Moldavia: an aurochs head with a sun between its horns, a flower to the left and a moon to the right.