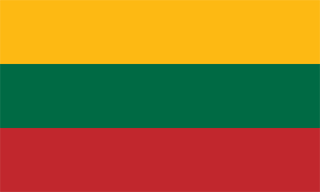 Long a part of the former Soviet Union, the Lithuanian flag was reprised after it gained independence in 1991. Yellow is symbolic of the country's wheat fields; green symbolic of the forests, and red symbolizes patriotism. Collectively the colors represent hope for the future, freedom from oppression, and the incredible courage of the Lithuanian people. 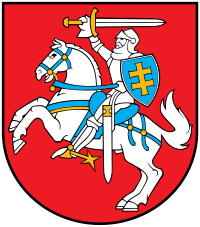 The Lithuanian coat of arms is one of the oldest in Europe, and is composed of a red shield containing an armored knight on horseback. The emblem of the knight (also known as Vytis) was passed down from generations during the 14th century, and is symbolic of a god of war and thunder.