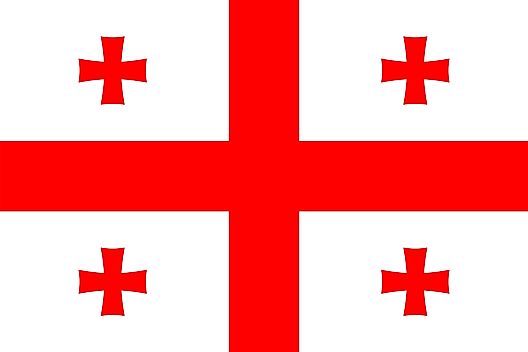 Georgia, situated at the dividing line of Asia and Europe, is an ancient country of rugged mountains and very determined people.

Inhabited since the Paleolithic era, the first proto-Georgian tribes arrived by the 12th century BC.

Throughout the 12th and 13th centuries AD, the Georgian Kingdom reached its peak, and the country expanded its cultural and political influence.

Tamar built upon the success of the rulers before her, and controlled the Caucasus until her death in 1213.

In the two decades following Tamar's death Mongols attacked the area, and the Georgian Kingdom collapsed.

It wasn't until the early 1300's, with the aid of King George V, that the Kingdom of Georgia was restored.

The newly revitalized kingdom didn't last long after King George's death, and in its weakened state the Persian Empire overpowered the eastern region of Georgia, while the Ottomans took control of the western region.

Georgia didn't recover its territory until 1762 - however, by 1801, the country found itself annexed by Russia, and was unable to regain its sovereignty until 1918.

Georgia declared their independence on May 26, 1918, after the Russian Revolution of 1917.

Unfortunately this independence didn't last long, and the country was attacked and defeated by the Russian Red Army in 1921.

Along with Armenia and Azerbaijan, Georgia was integrated into the Transcaucasian SFSR.

Under Soviet Rule during World War II, nearly 700,000 Georgian's found themselves fighting in the Red Army against Nazi Germany.

After the wars end, Georgia continued to suffer through decades of Communist rule and suppression, before finally declaring its independence from Russia in 1991.

As the Soviet Union continued to collapse, Georgian's held their first elections, and appointed Zviad Gamsakhurdia the first President of independent Georgia.

At the end of 1991 a civil war began, after a brutal coup d'etat against Gamsakhurdia, and lasted until 1995.

In 2003 the Rose Revolution took place, in which the people of Georgia disputed the parliamentary elections, forcing then President Eduard Shevardnadze to resign.

As a result of the revolution, Georgian leaders improved and strengthened the capabilities of the country's economy and military.

The people here say they "Never Gave Up," and those people now have their long-desired freedom.

Traditionally an agricultural land - quite famous for its wines - tourism is on the front-burner in Georgia as international travel has increased - especially along the Black Sea coastal areas. 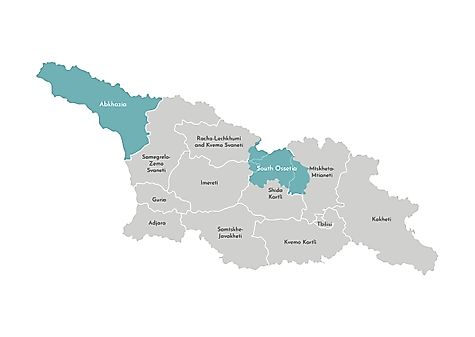