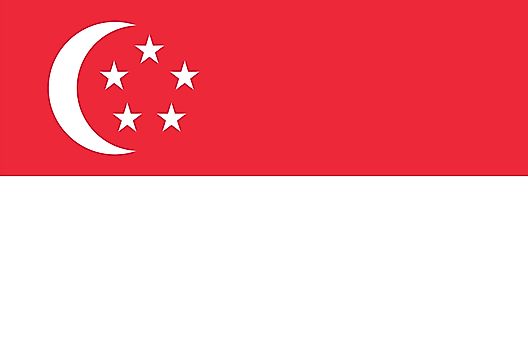 The country of Singapore consists of one main island (small and extensively urbanized) as well as over 60 small islands (islets).

The middle of the main island contains a number of rounded hills; west and southwest the land is a series of low ridges, while east and southeast, the land is generally flat.

Singapore is drained by a large number of narrow and short streams, some of which flow into the sea through mangrove swamps, or estuaries.

Water reservoirs cover parts of the central area, as there are no significant lakes or rivers.