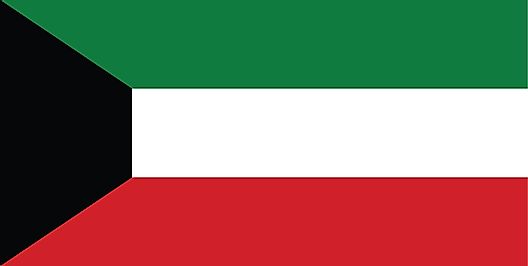 Its Arabic name means fort, and in essence that's exactly how it was formed, as it was once home to a small desert community until the Al-Sabah family took control, and literally built the first (fortified) settlement in the mid-1700s.

It was then just a simple mud-walled city, dependent on regional trade with nearby countries and tribes, the pearl business, and on its productive fishing in the Persian Gulf.

After decades of in-house family squabbles, and on-going disputes with the Ottoman Empire, Britain, in 1899, agreed to manage foreign relations and defense for the ruling Al-Sabah dynasty, and did so until the country gained independence in 1961.

During the late 1940s, the extent of Kuwait's oil resources began to emerge and the long-term potential of the petroleum industry was realized. By 1952, Kuwait had become the largest oil exporter in the Persian Gulf, drawing the attention of foreign workers from many countries, especially Egypt and India.

Kuwait nationalized the Kuwait Oil Company in the 1970s, and closed out their partnerships with Gulf Oil and British Petroleum.

A short-lived (but major) economic crisis arose in 1982 when the Souk Al-Manakh stock market crashed, causing oil prices to drop sharply. Following the events of the Iran-Iraq war, Kuwait was able to fill the holes that had resulted from a decrease in both countries' oil production, which helped spark a positive upturn in their economy.

During the 1980s, Kuwait sent billions of dollars to Iraq as a means of supporting them during the Iran-Iraq War. When Kuwait dismissed Iraq's request for an exemption in paying back their debt, they found themselves in the midst of economic warfare.

Pressure mounted between the two countries after Iraq claimed that Kuwait was slant drilling from the shared Rumaila oil field.

Then, on television, with the world watching, Kuwait was attacked and overrun by Iraq on August 2, 1990. Following weeks of aerial bombardment, a U.S.-led, UN coalition began a ground assault on February 23, 1991, that liberated Kuwait in just four days.

This small, oil-rich nation, has resumed a somewhat normal life since the costly Gulf War. However, in the volatile Middle East, controversy is often just around the corner.

Through the U.S.-led invasion of Iraq in 2003 Kuwait became a major staging base for coalition forces.

With a searing-hot climate and its dominant desert topography, Kuwait's agricultural development is very limited. Subsequently, with the exception of fish, it depends almost completely on imported food.

As a tax-free country, Kuwait is a shoppers' paradise, and consists of a variety of shopping malls and markets all of which play a big part in the Kuwaiti social life.