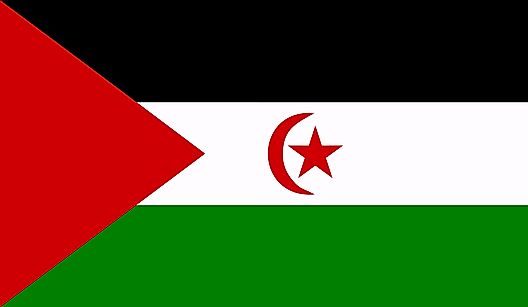 Western Sahara is located in Northern Africa, bordering the North Atlantic Ocean, between Mauritania and Morocco. It also borders Algeria in the far-northeast.

It is basically covered by the Sahara Desert, the largest desert in the world.

Subsequently, the landscape is mostly low, flat desert and is some of the most arid and inhospitable on the planet.

There are some small mountains in the south and northeast.

There are a few rivers (called wadis), but they are simply depressions where water gathers during the brief rainy season. Because of the high temperatures, the water quickly evaporates and never reaches the sea.