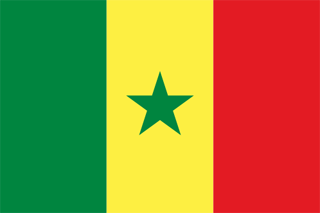 The flag of Senegal was officially adopted in September of 1960, shortly after the country gained its independence from France.

The flag is designed after the French Tricolore. The red, yellow and green are the official Pan-African colors, and the centered star is symbolic of hope and unity. 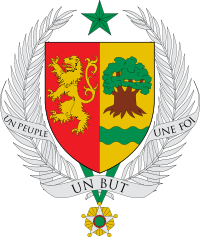 The Senegal coat of arms was adopted in 1960 and features a shield depicting the Pan-African colors, as well as a lion rampant and baobab tree. Palm leaves support the shield with the national motto.