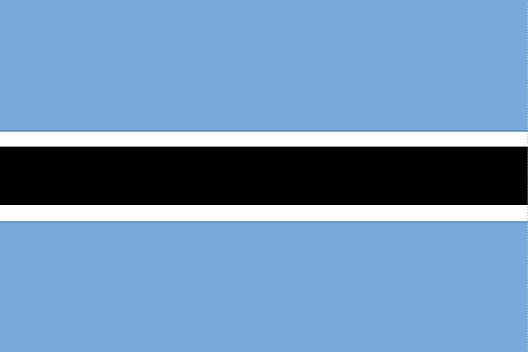 The first known inhabitants of present day Botswana were nomadic foragers, Khoe & San speakers, who lived, passed through and hunted here in small, egalitarian families for millennia prior to the arrival of the Tswana and Bantu people.

Prior to being organized as a British protectorate in 1885, Botswana (though not yet a nation) operated in a multicultural coexistence in which small-scale trade between tribes flourished.

Population pressures and colonial rivalries prompted the formation of Bechuanaland which remained a poor and peripheral land. Animosity between the Boer settlers, Shona inhabitants and Ndebele tribes flared in the late 19th century, and in 1885 Botswana was put under British protection.

At the turn of the 20th century, the Union of South Africa was formed from the main British colonies within the region, however, the Bechuanaland Protectorate were not included.

In 1920, the evolution of tribal government and expansion of British central authority resulted in the formation of two councils representing Africans and Europeans that regulated tribal rule and powers.

Botswana began to push for independence in the early 1960s, and by 1964 Britain accepted their bid for a democratic self-government. The constitution was drafted in 1965, and paved the way for the first general elections and ultimate independence on September 30, 1966.

Today this pro-western country is one of the most progressive and successful on the African continent, with dramatically improved overall health care and educational systems. 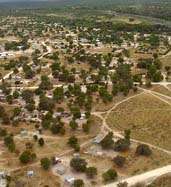 Most of the country's population congregates in the eastern savanna grasslands, along its borders with South Africa and Zimbabwe.

In December of 1999, a long running dispute of the northern border with Namibia became the subject of a ruling by the International Court of Justice, and in the end Botswana was granted Kasikili Island.

Botswana's economy is given a serious boost by being the world's third-largest producer of diamonds, and a large exporter of beef to Europe. In addition, it has a solid level of tourism, highlighted by a series of national parks, including the Chobe NP, and the Okavango Delta wildlife areas in the north.

Weaknesses include a continuing high birthrate and the insidious spread of AIDS. 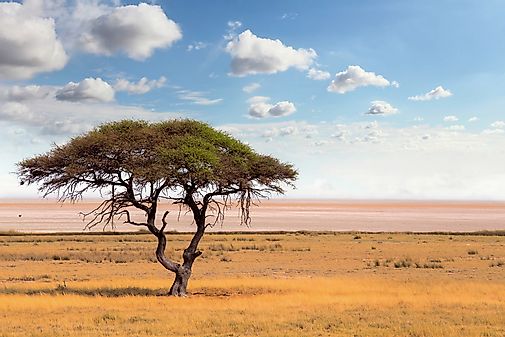 English is the official language of Botswana, while Setswana is the most widely spoken language in the country. Several other minority languages, especially Bantu languages, are also spoken in Botswana. 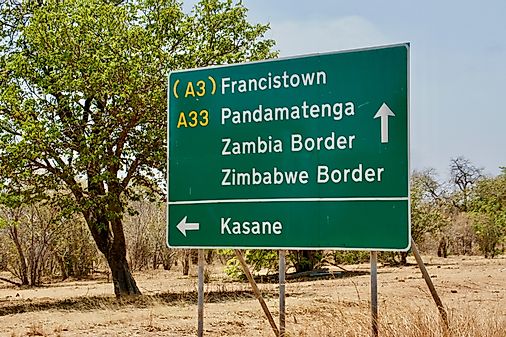 What is the biggest city in Botswana?

Gaborone is the largest city in Botswana with a population of 231,000. 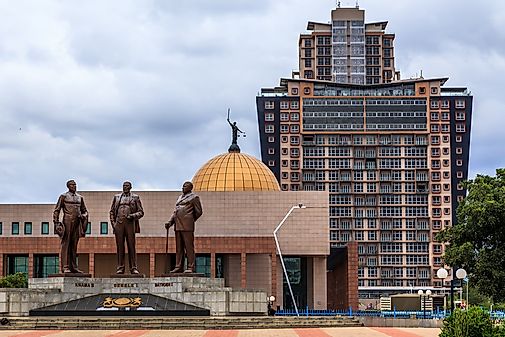 What are the Ecological Regions of Botswana?

The larger biomes encompassing the ecoregions of Botswana include Tropical and Subtropical Grasslands, Savannas, and Shrublands, Flooded Grasslands and Savannas, Deserts and Xeric Shrublands, Zambezi Freshwater, and Southern Temperate Freshwater. 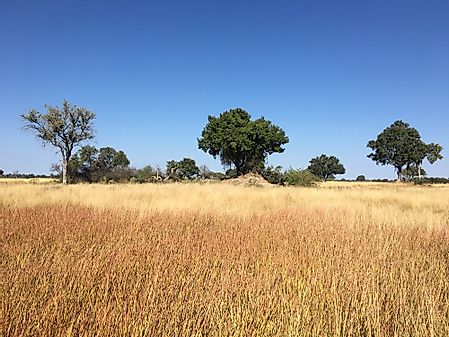 What Kind of Government Does Botswana Have?

In the parliamentary representative democratic republic of Botswana, the president of the nation serves as both the head of state and government. 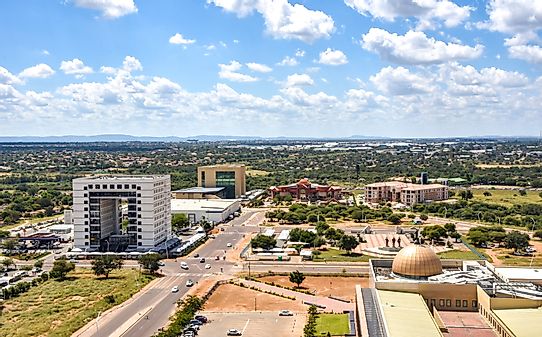 What Type Of Government Does Botswana Have?

What is the capital of Botswana?

Gaborone is the capital of Botswana. 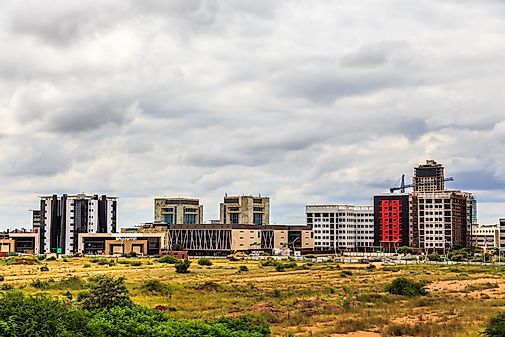 What Is The Capital Of Botswana?