In general terms, the Czech Republic is a hilly plateau surrounded by relatively low mountains. Bordering mountain ranges include the Carpathian, Ore, Sudetic and the Sumarva mountains of the southwest.

Bohemia, mostly occupying the western half of the country, consists of a low-lying basin drained by the Elbe and Vltava rivers. Moravia, covering the eastern part of the country, is hilly land drained mainly by the Morava River.

The Oder River, one of Europe's most significant rivers, rises in the northeast, and flows north to the Baltic Sea.

With a lack of natural lakes, reservoirs are important in the Czech Republic; most are artificial lakes formed in enclosed river valleys and there are over 125 in the country. 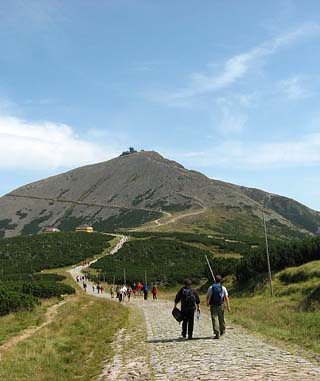