The first image that comes to a person’s mind when they hear the word "Vikings" may be a tall, muscular man with braided beards and a helmet with horns who is leading a ship to a land which he will plunder. Though not necessarily far from reality, there is much more to Vikings than this image that endures. The Viking people and culture has had an impact around the world and stories associated with them are often full of myth and imagination.

Where Did the Vikings Come From?

The Vikings originated from the Scandinavian countries of Norway, Denmark, and Sweden. Often represented as “invaders, predators or barbarians,” Vikings would go on raids for resources, with a few groups settling in other places. They are believed to have gotten their name from the Old Norse language, where the term implied a pirate raid. Though Vikings were not always the invaders they were portrayed to be, besides raids, Vikings did make settlements in a few places. Historians considers the years between 800 AD and 1050 AD as the Age of the Vikings.

Vikings made voyages as well military campaigns, spreading out from their geographic origins of the Scandinavian countries towards faraway lands. The homelands they moved away from were mostly rural, and most Vikings sustained themselves with agricultural activities or fishing. Vikings are remembered for their long-ship style boats, which was designed to navigate through waters on the coastal areas as well as inland waters, along with the land on beaches. 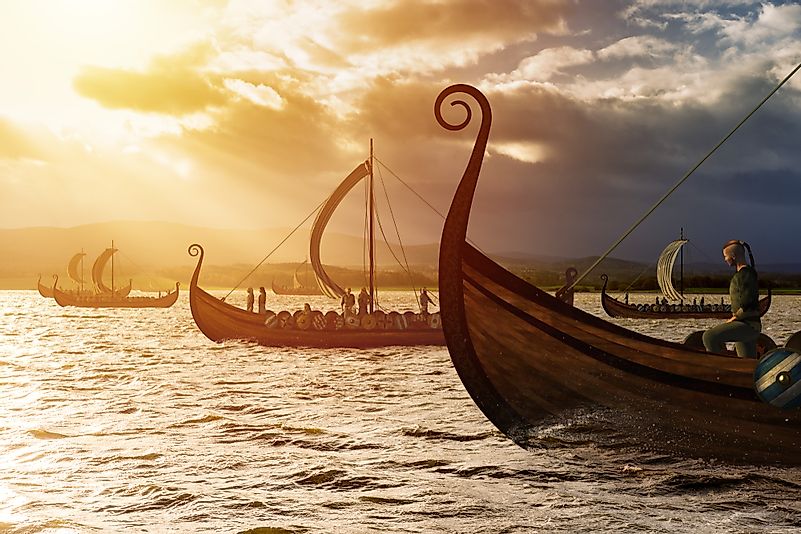 Why Did the Vikings Raid?

The time period between 800 AD and 1050 AD, or the Age of the Vikings, was preceded by the Vikings’ raids in late 790s with the raiding parties spreading as far as Scotland in 794, Ireland in 795 and France in 799. Initially, these raids were small and insignificant. However, they grew over time. For example, in Ireland, after establishing a port, parts of England slowly turned under the control of the Viking invaders there. For a span of 80 years, England saw control by Vikings in the Midlands and northern part while kings of Wessex retained control in the south and south-west.

Historians note that the expeditions and explorations of the Vikings was not limited to the frontiers of Western Europe. Sailing on the sea and using water routes, the Vikings managed to travel to North America in the west and Russia in the east. On the northern and southern parts of the world, the Vikings went to Lapland in the north and in the southern parts, the Mediterranean World (Constantinople) as well as Iraq (Baghdad).

Vikings are often portrayed as fierce and ruthless warriors but that does not paint the whole story. Vikings also settled in a peaceful manner. One such settlement was in Iceland, a country Vikings are credited as having "discovered" and named. It is believed that contrary to the violent nature that Vikings are known for, the Viking age eventually turned Iceland into a place with a relatively developed legal system, with something similar to a parliament also existing. Beyond the political and economic engagements of the Vikings in Iceland, there was a cultural exchange. Even today, mythology and folklore of Iceland speaks of Norse people and Vikings. 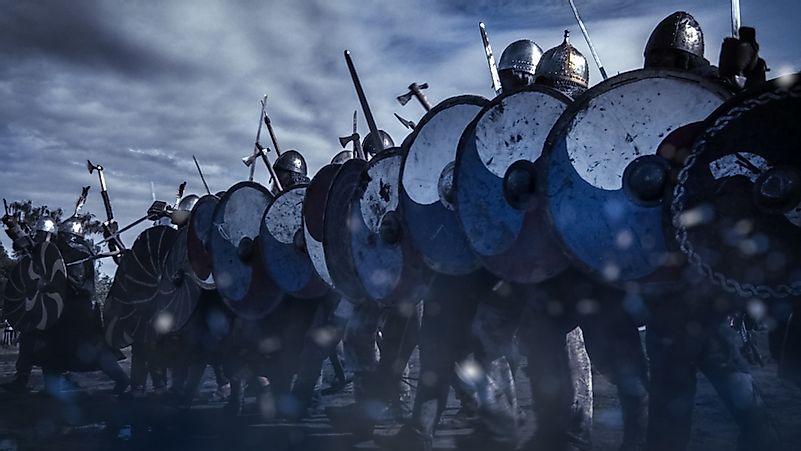 There is no doubt that many feared Vikings and even despised them, as historical accounts of places where raids and settlements point out. However, the Vikings were not always scary invaders. The Vikings didn’t leave much written evidence themselves, but through poetry, archaeology, treaties, as well as writings by people in Europe and Asia whom they encountered give us a clearer picture about Vikings. As these sources suggest, Vikings were also traders and craftsmen besides being skilled boat builders. While some Vikings made metalwork and wooden carvings, some wished trade for silver, spices, silks, wine, glass jewellery and pottery which they would eventually take back to their homes.

Who Were the Vikings?

Vikings or the Norsemen were the members of the Scandinavian seafarers who were famous warriors, traders, and pirates. They raided and colonized the bigger parts of Europe starting from the eighth century and on to the eleventh century. They used their longships to travel far and wide reaching as far as Constantinople and Russia to the east and as far as Newfoundland to the west.

This page was last updated on October 30, 2019.
By Mehk Chakraborty

The Vikings: Who Were They and Where Did They Come From?