The history of skyscrapers in Toronto is traced to the construction of the Beard Building in 1894, the city’s pioneering skyscraper. In the mid-1960s and 1970s, the city experienced a huge construction boom. Two more construction booms have been experienced in the city: one in the 1990s until the early 2000s and another which began around 2005 and is still ongoing. The architectural design of Toronto's cityscape reflects these time periods. 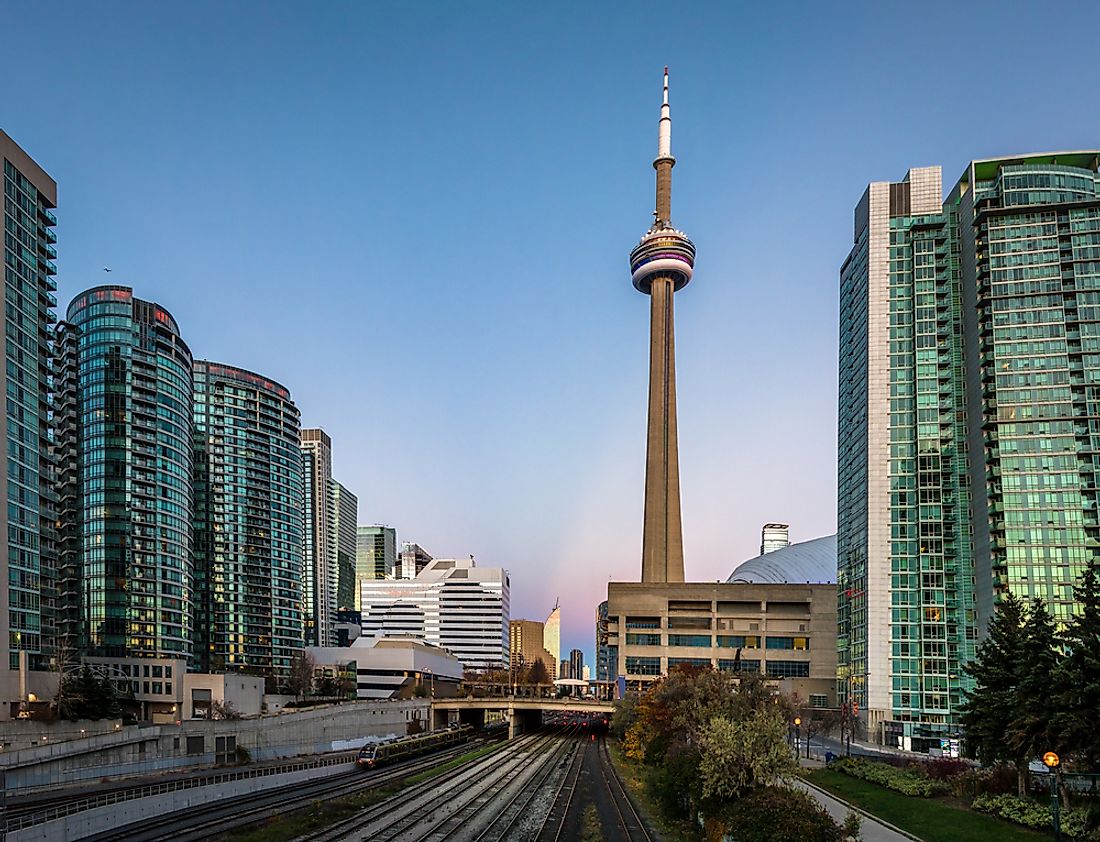 The CN Tower is an observation and communications tower located in Toronto. The CN Tower is the tallest structure in the western hemisphere and was the tallest in the world when it was constructed. The 1,815-feet tall structure held the record for tallest structure in the world for 34 years before it was surpassed by the Dubai-based Burj Khalifa in 2010. The CN Tower was constructed by the Canadian National Railway Company in 1974, and it is from the company’s initials that the tower derives its name. The American Society of Engineers named the tower a national symbol, as well as one of the Seven Wonders of the Modern World. The CN Tower consists of 147 floors which are served by 99 elevators and was constructed at a cost of CDN$ 63 million. It receives more than two million visitors from around the world every year.

The First Canadian Place is a skyscraper located in Toronto’s financial district. Rising 978 feet, First Canadian Place is the tallest skyscraper in the city and is the city’s second tallest structure behind the CN Tower. The skyscraper was constructed in 1975 and is owned by Brookfield Office Properties. The building is comprised of 72 floors, 61 elevators and has the biggest office floor area in the city with an area of 2.7 million square feet.

The Scotia Plaza is a skyscraper located in the financial district of Toronto. The building was constructed in 1985 by Olympia and York Company and was intended to be an extension for the headquarters of the Scotiabank. With 68 floors and 44 elevators, the Scotia Plaza towers 902 feet above the Toronto skyline and is the third tallest skyscraper in Canada and 22nd tallest in the northern hemisphere. It has a floor area covering 1.6 million square feet. 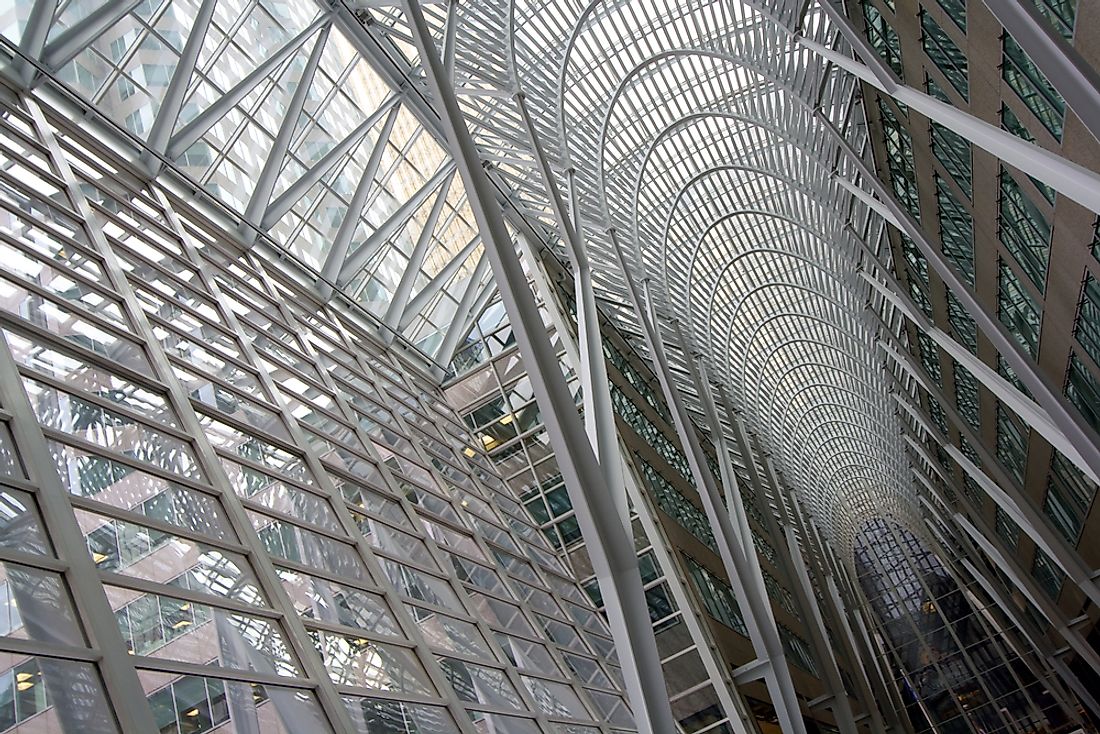 The Brookfield Place is an office complex comprised of two towering skyscrapers; Bay Wellington Tower and TD Canada Trust Tower. It is known for its impressive lobby, seen above. Brookfield Place was initially known as the BCE Place and was constructed in 1992. The highest tower rises 863 feet with 53 floors while the other tower is 682 feet tall and is comprised of 49 floors. The building complex is managed jointly by Brookfield Properties and Oxford Properties.

What is the Tallest Building in Toronto?