Before the 1930s, the Turkmen grouped themselves into clans that wore different types of clothing and had different dialects. After the 1930s, Joseph Stalin tried to bring the clans together to form a nation. The Turkmen are famed for their Turkmen rugs, which are colorful handmade rugs, used historically by the people to distinguish the different clans. Carpet weaving is one of the major sectors in the Turkmen economy, and it is also a part of their culture. There is a vertical strip on the hoist side of Turkmenistan's flag which bears five patterns that have historically been used in Turkmen carpets. Traditionally, Turkmen men wore white shirts with a red robe and a black sheepskin hat while the women wore trousers paired with a long sack-dress and adorned themselves with silver jewelry.

93% of Turkmenistan's population is Muslim with a higher percentage being Sunni Muslim. Sunni Islam is the largest denomination globally. When Turkmenistan was part of the Soviet Union, religious schooling and practices were banned in the region, and several mosques were closed down. After independence in 1991, Islam was re-introduced in the state and went back to become the dominant religion in the country although most of the Turkmen do not strictly adhere to Islam.

Many Turkmen people believe in ancient spirituality, and this has made them adhere to several of their old beliefs. Islamic culture is currently taught in schools, and the government is playing a significant role in promoting Islam in the state. Christians in the country represent about 5% of the population and they are part of the Eastern Orthodox denomination. The other Christian denominations include the Roman Catholic Church, Armenian Apostolic Church, Protestant Word of Life Church, New Apostolic Church, Jehovah’s Witnesses, and Pentecostal Christianity. 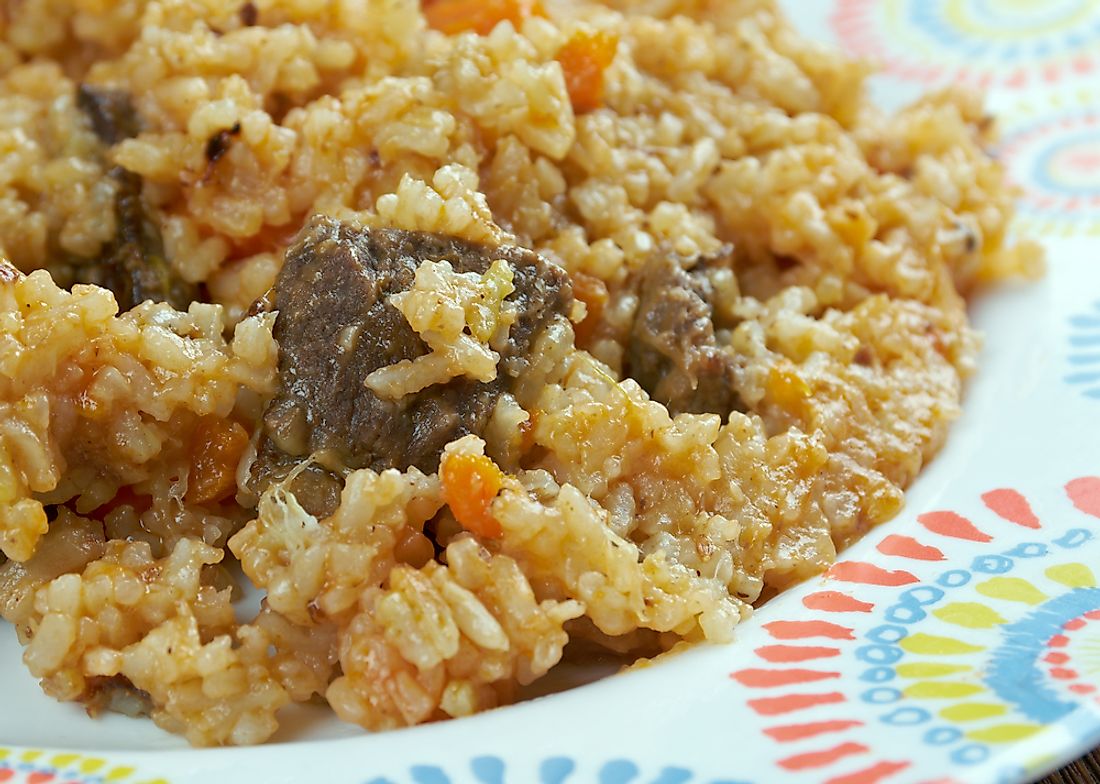 Being in Central Asia, the cuisine in Turkmenistan is similar to that of their neighboring countries. Pilaf is considered the primary food and it is made up of fried rice, carrots and mutton. The food in the state is not cooked with a lot of spices though cottonseed oil is used in plenty to give the food flavor. Shurpa is a soup made from meat and vegetables, while manti and somsa are fried dumplings made with various fillings ranging from pumpkin to ground meat. The fried dumplings are famous among travelers as they can be eaten on the go. Russian delicacies are served in some of the local restaurants. Turkmenistan is a large producer of melons with around 400 varieties of melons. Watermelon is one of the fruits consumed locally. Meals are served with Corek, which is the local flatbread. Bread has a symbolic significance in the state because it is considered rude to turn a loaf of bread upside down or mishandle bread. Green tea is the primary beverage in Turkmenistan, and it can be taken at any time - it is called chai in Turkmen. Another famous drink in the region is Chal, which is fermented camel milk. Vodka is the most consumed liquor and is priced affordably.

Some Turkmen people wear jewelry for both spiritual and cosmetic purposes. Traditionally, the amount of jewelry worn by an individual has been symbolic of the individual's status in society. The Turkmen jewelers traded with and learned from the people they met because they were nomads, especially people from the Middle East. Most Turkmen jewelry was made using silver adorned with precious stones. The Turkmen people believed that precious stones have health benefits and that jewels have magical powers. The gems were thought to have different effects on the wearers. Turquoise was worn as a sign of purity while silver and carnelians were worn to prevent death and disease. Jewels were mostly worn as a sign of status in the region, and younger women tended to wear more jewelry, which was believed to increase fertility.

The jewelry industry is still vibrant today, and due to the high cost of the precious stones, some jewelers use glass beads as a substitute. The country has a music tradition of traveling singers, named bakshy, who act as magicians and healers and they either sing acapella or sing with instruments. The dutar, a double stringed lute with a long neck, is an instrument played along with the Turkmen folk music and is one of the local instruments in the region.

Human Rights Watch named Turkmenistan as one of the most oppressive countries in modern times. The state has strict restrictions on its citizens who plan to travel outside the state, and the ethnic minority groups are discriminated. Universities in the country reject students of non-Turkmen origin and the Uzbeck, and Baloch ethnic minorities have been barred from teaching their language and customs. Even though the constitution covers press and religious freedom, the two are not practiced in the state and faith-based minority groups face discrimination. The Turkmen people, though living in the modern times, are still far etched in their old traditions and culture. The country thus has a distinct culture of its own.