The very first ideation of the now internationally famous "Rainbow Flag" started in San Francisco in 1978. The creator’s name was Gilbert Baker who, at the time, responded to outreach from the local community in search of a unifying symbol. The request came before the creation of a Gay Liberation symbol that used a pink triangle. The artist designed a flag that featured eight stripes and not only did he sew the pieces of material together, but he also dyed them himself. Not long after, a seven striped version appeared while today’s modern version is the very recognizable six-striped version.

When the original eight-striped version of the flag was created, it was later disclosed that the initiator for the symbol of pride was Harvey Milk. Milk did not intervene in the process itself but left the design to Baker, who was inspired by the power of flags. He believed that the job of gay people was to live their truth and be visible, and there he found a flag as a perfect way to accomplish the craved self-representation.

Baker used the rainbow colors to make the flag. Each of the eight colors used in this original version had their specific meaning, and those meanings had a connection to the gay community and its symbolism. Since Baker had to make two enormous flags that would be showcased at the Parade, he rounded 30 volunteers who all helped dye and stitch together the stripes.

Although this version of the flag isn’t commonly used anymore, it was still a hugely influential variation of the flag. One of the last occurrences where it was displayed was in April 2015, during the Supreme Court discussion over whether or not gay marriage should be treated as a constitutional right. 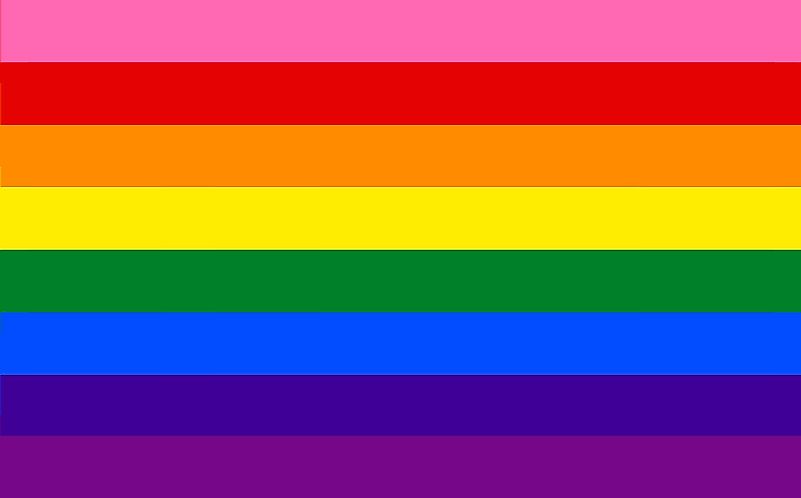 It was after the assassination of Harvey Milk that the Flag was beginning to be used as a recognizable and official symbol of gay pride and community. A company under the name Paramount Flag Co., based in San Francisco, started selling striped flags as the Rainbow Flags, but their variety only had seven stripes, excluding the hot pink.

The flags made by Paramount were initially created for the International Order of Rainbow for Girls, which was an organization run by Masons. The Paramount company had many leftover flags in their store, which was conveniently located in a sizeable gay area, so they started selling it as a Pride Flag. Baker eventually spoke with the company to mass-produce the original flags but was informed that hot pink could not be used on a large scale, so he decided to remove the stripe from the design. 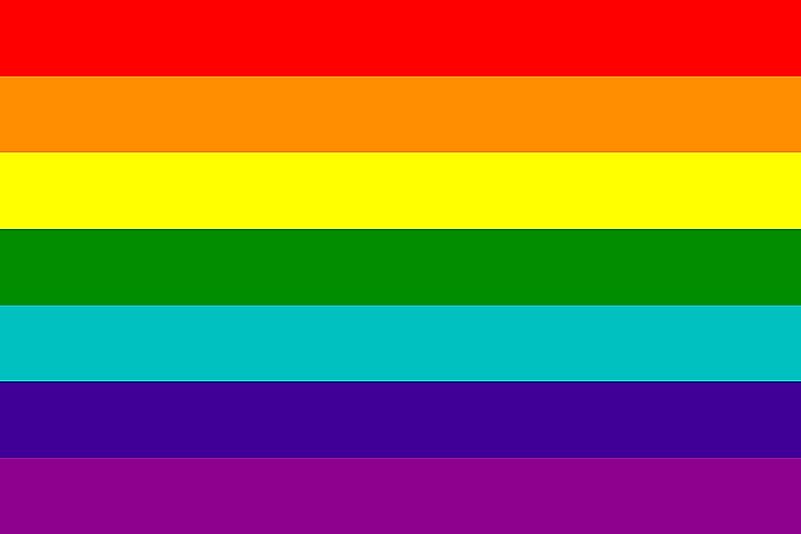 When Baker approached Paramount about the production of the flags, they told him that aside from hot pink, turquoise stripe would also not be available to be produced on a mass scale. Baker needed to adjust the indigo color as well, replacing it with the basic blue color that we see on the Flag today.

With two colors removed from the original rainbow flag and one substituted, we now have the modern variant of the Pride Flag. It also features the red color at the top of the Flag, as can be seen on a real rainbow.

Today, the Flag is recognized internationally as a symbol of love, unity, and diversity, giving a visible and strong testament to the history of LGBTQ communities around the world. 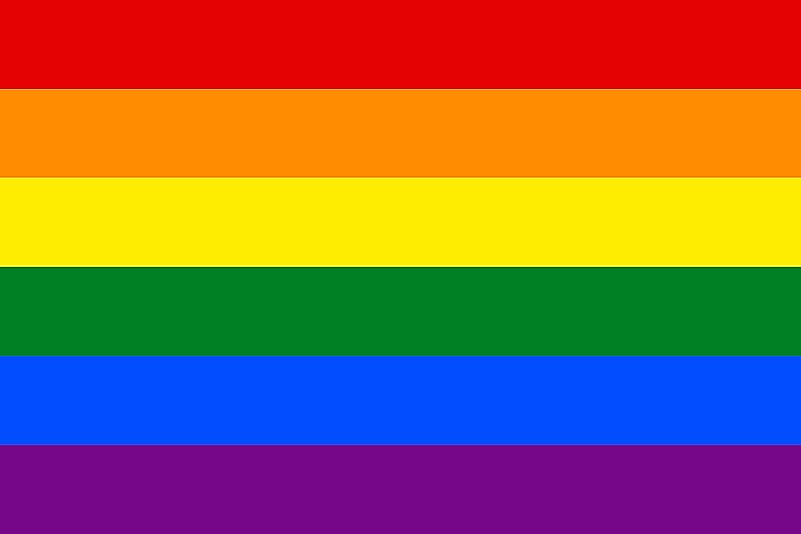 This page was last updated on November 7, 2019.
By Antonia Čirjak

How the LGBT Rainbow Flag Came to Be