Even though we adore flowers for their beauty and fragrances, there is more to them than meets the eye (or the nose). There are species that also entertain our palate, deliver medicinal properties, or strengthen ecosystems around us. 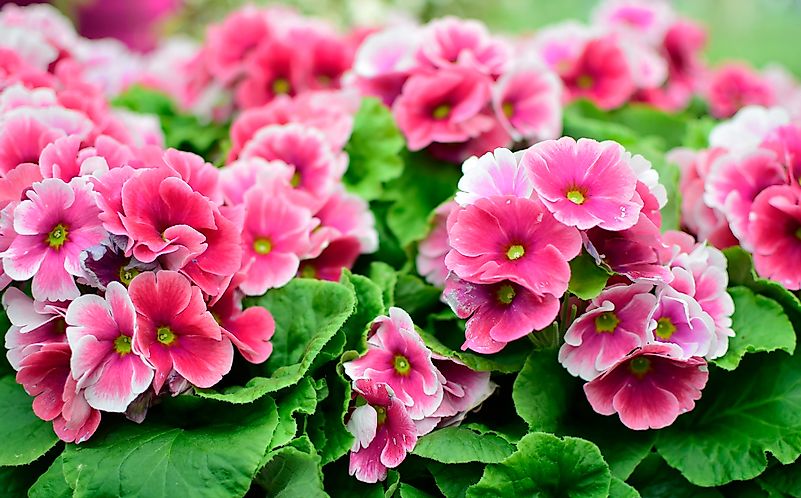 Viola tricolor, as Pansy is also called, is a delicate flower with edible blooms and valuable fragrance used for decorations, preparing syrups, flavors, honey, or aromatic water. Typically, the pansy flower has five slightly velvety petals with the shine and vibrancy of butterfly wings. They come in over 500 color and size combinations. 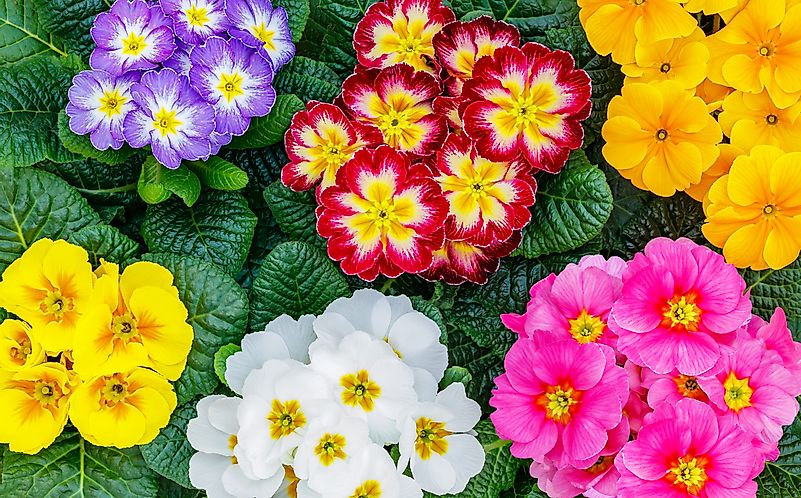 Primula is a genus of over 400 perennials growing throughout the world. Primula plants are one of the first to bloom in spring: in many countries, they are recognized as heralds of the new season. Most primulas are edible, and leaves, flowers, and roots are added to beverages, sweet dishes, and salads. 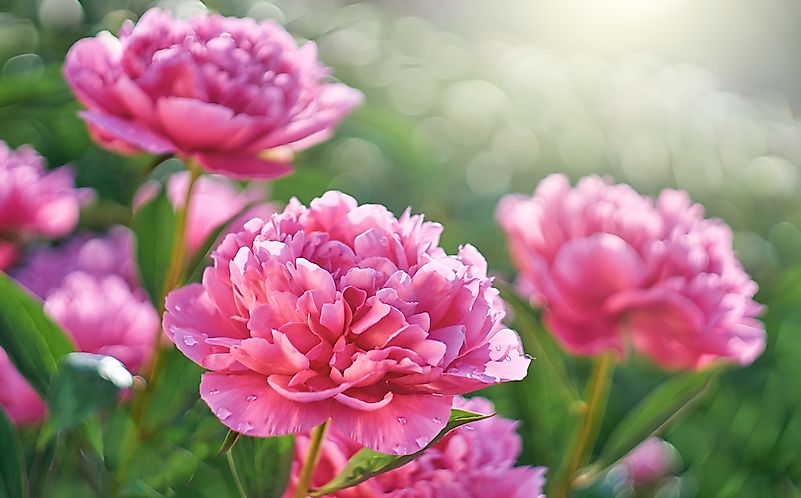 Peony is famous for its large, exquisite, and often fragrant flowers. It is the traditional flower of China used in many rituals and traditional events like marriage. Peony is commonly referred to as a "noble flower" or "king of flowers," although it can be viewed too showy and even. Peony is bashful. Images of Peonies were often used in embroideries and silk brocades. Under proper care, Peonies can live for over 100 years. 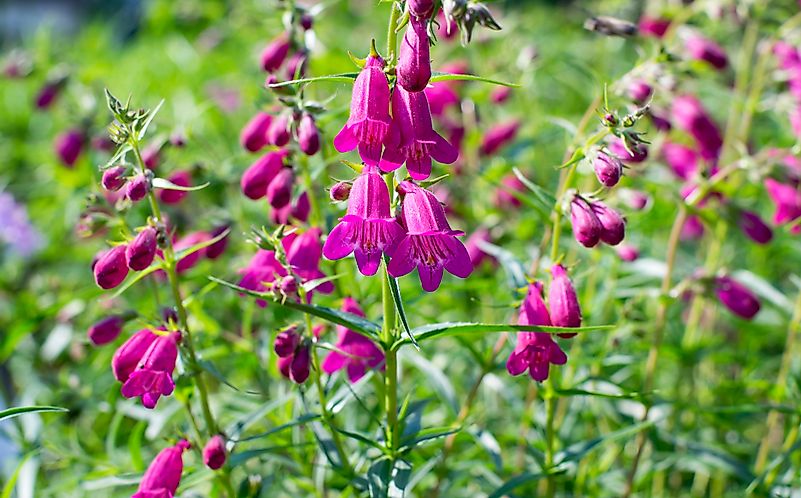 Penstemon is notable for a lovely spike or funnel-shaped flowers. The bright, long-blooming flowers are usually large and full of nectar. They will attract bees, butterflies, moths, flies, and hummingbirds to the garden. Native Americans chewed Penstemon's roots and pulp to ease toothaches or accelerate wound healing. 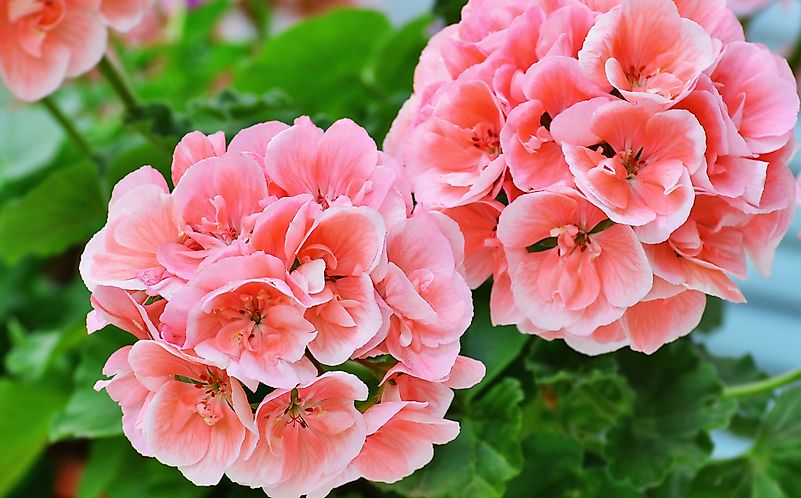 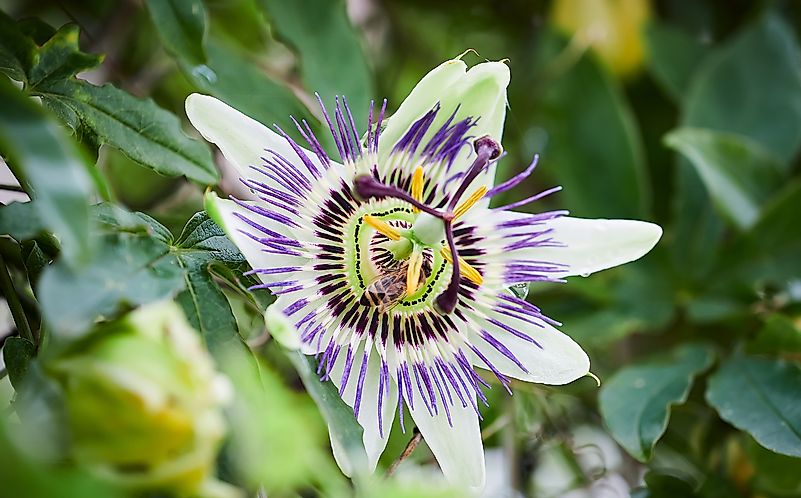 An exotic, almost extraterrestrial looking flower, Passiflora is a large genus of more than 500 species of vines, shrubs, and trees. Some passifloras are grown for their round or elongated edible fruits. In Christian traditions, "the Passion" means the final period of Jesus Christ's life and his suffering. Passiflora obtained its name thanks to the imagination of the Christian missionaries. 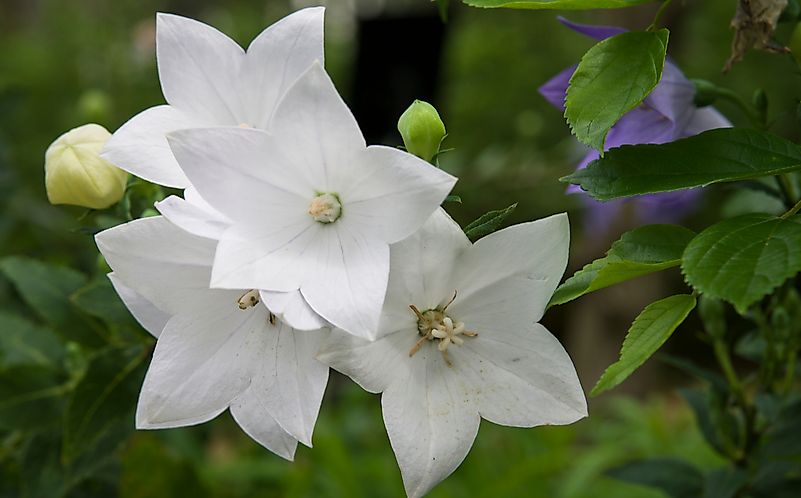 Platycodon, native to areas of East Asia, is also known as Balloon Flower or Bellflower for its balloon-looking buds that open into beautiful star bell-shaped bloom. In China, this flower was used in medicinal preparations for over 2000 years. In Japan, Platycodon is called "kikyo," which means "pentagram." It is one of Japan's "Seven Flowers of Autumn," a popular topic in haiku and a cherished view in the gardens of aristocrats.

The Plumeria, also known as Frangipani or Hawaiian Lei Flower, is a fast-growing plant that produces masses of fragrant flowers blooming from spring until early autumn in Central and South America. Plumeria flowers are commercially grown in Hawaii for making traditional Hawaiian leis. In the Indonesia and Philippines, Plumeria is planted in cemeteries.

This page was last updated on December 30, 2019.
By Antonia Čirjak