The eagle is considered by many as the king of the skies. It has sharp talons, excellent eyesight, and immense strength, which has made it a very successful predator in the air. For this reason, the eagle has been used on state and organization flags to represent courage, power, and freedom. Several nations have the eagle represented in their flags. 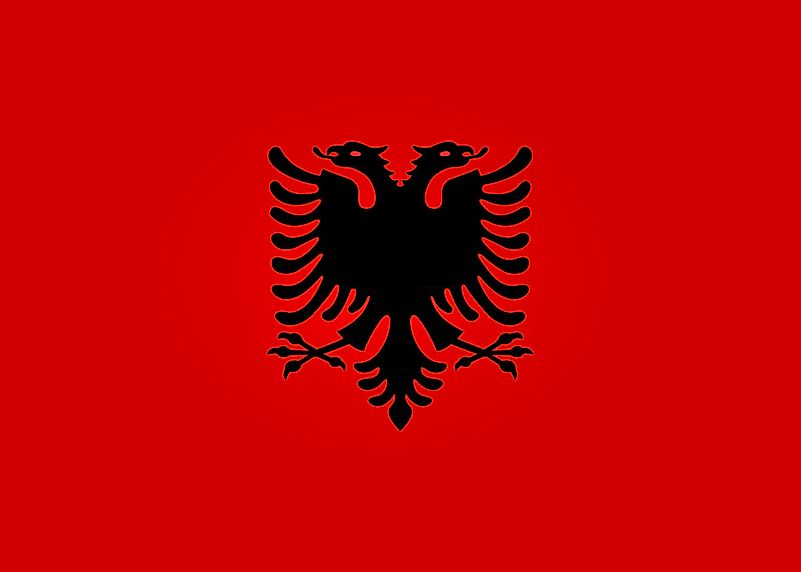 The Albanian flag is red with a black silhouette of a double-headed eagle placed at the center. The eagle represents the sovereignty of the state of Albania while the red color symbolizes bravery, strength, and freedom. The double-headed eagle is an element they borrowed from the Byzantine Empire. It was adopted by the noble families of Albania until 1912 when it became the official state flag. 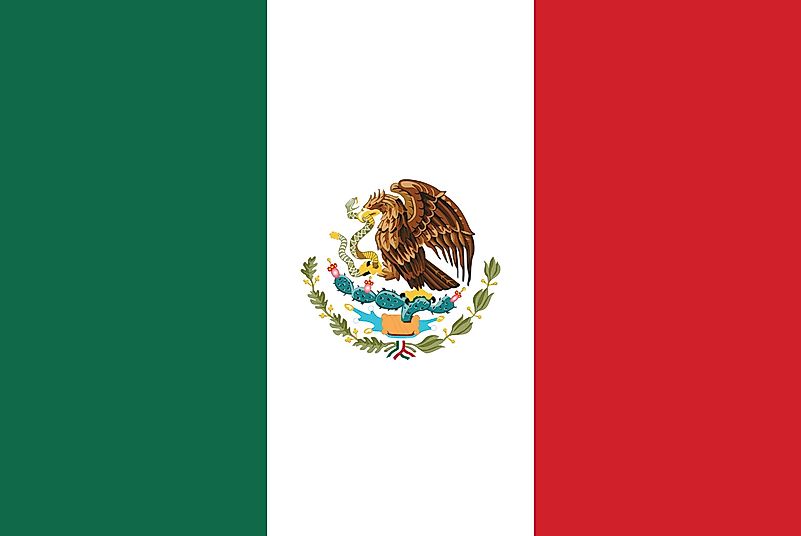 The Mexican flag is a simple tricolor of red, white, and green vertical stripes with a coat of arms in the center of the white band. Within the coat of arms stands an eagle holding a snake with its beak, the eagle is perched over a cactus plant surrounded by a semi-circle of laurel leaves at the bottom. The current flag was officially adopted in 1968. 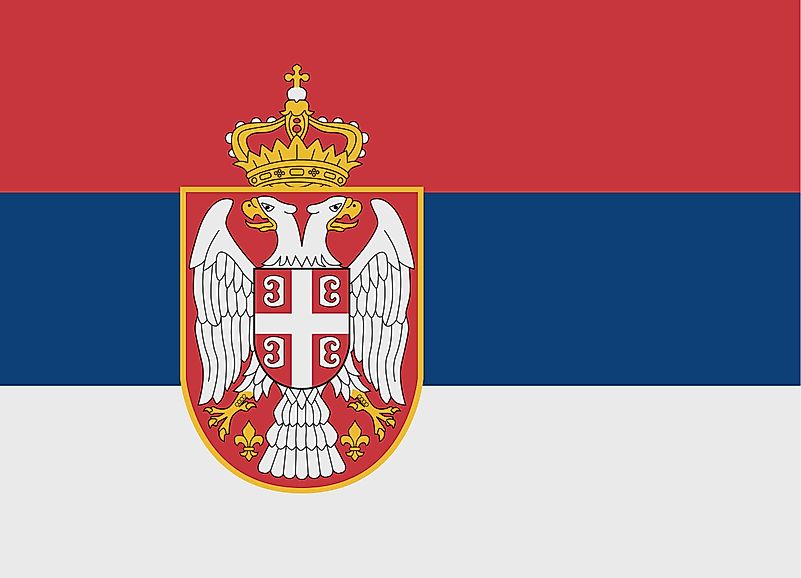 The Serbian flag has three horizontal bands of red, blue, and white from top to bottom. On the hoist side of the flag sits the coat of arms that consists of a golden crown and a double-headed white eagle. The flag has been used officially by the Serbian state for two centuries now, and the current design was adopted in 2010. 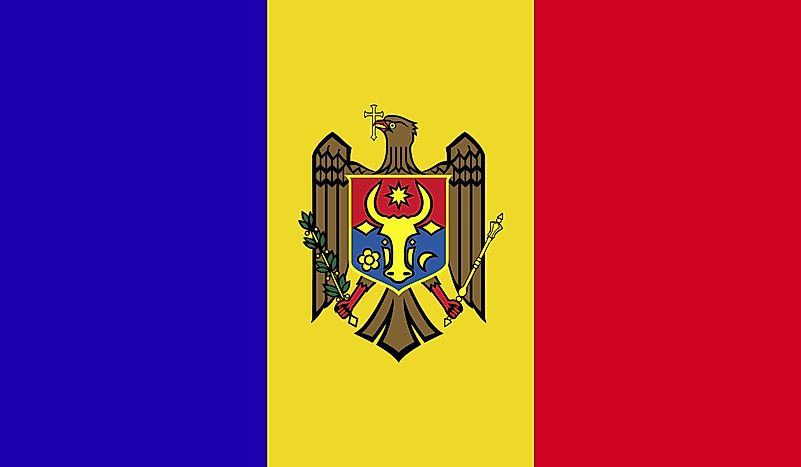 The flag is made of 3 vertical bands of red, yellow, and blue. At the center of the flag sits the state’s coat of arms made of a golden eagle with a red and blue shield on its chest. The eagle on the coat of arms is also holding an Orthodox Christian cross in its beak, an olive branch on its right claw and a golden mace on its left. Moldova has been using the flag since 1990 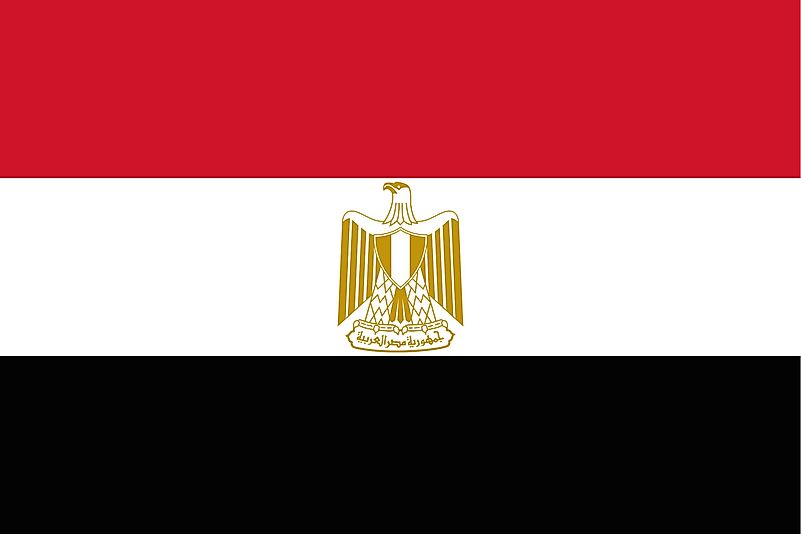 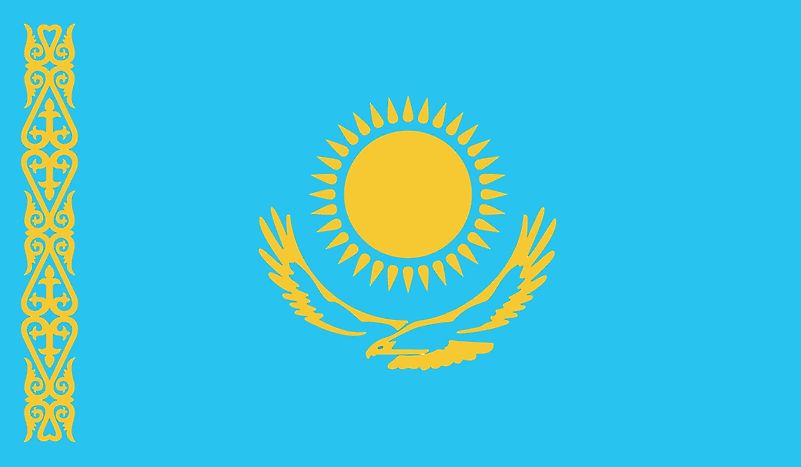 The flag of Kazakhstan is bright blue with a golden sun with 32 rays in the middle shining over a golden steppe eagle that has its wings spread out in flight mode. The flag was officially adopted in 1992 after Kazakhstan changed from the Kazakh Soviet Socialist Republic.

Other countries that bear the eagle symbol on their flags include American Samoa which has an eagle on the fly side. There is also the flag of Montenegro which has a double-headed eagle and lastly there is United States Virgin Islands whose flag has a golden eagle holding arrows and an olive branch

Which Countries Have Eagles On Their Flags?

The flags of several countries feature an eagle on their design. These include Albania, Ecuador, Mexico, Serbia, Moldova, Egypt, and Kazakhstan among others.

This page was last updated on December 14, 2018.
By Joseph Kiprop